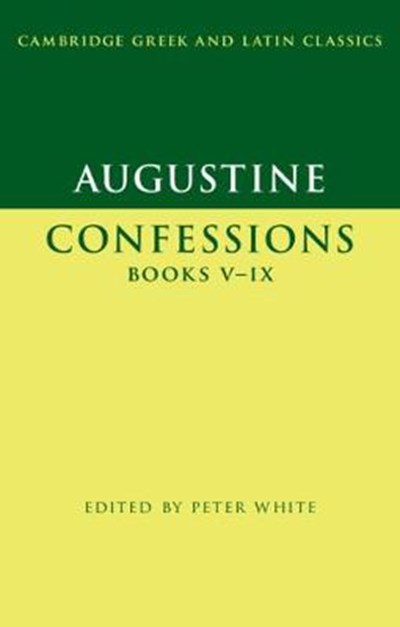 QTY
Add to Basket
Publisher: Cambridge University Press
ISBN: 9780521253512
Number of Pages: 368
Published: 12/09/2019
Width: 13.8 cm
Height: 21.6 cm
Description Author Information Reviews
Books V-IX of the Confessions trace five crucial years in the life of Augustine, from his debut as a teacher of rhetoric in North Africa to his baptism as a Christian and the renunciation of a worldly career in Milan. This commentary will be invaluable for those wishing to read his story in the original Latin. Through careful glosses and notes, Augustine's Latin is made accessible to students of patristics and of classics. His extensive quotations from Scripture are translated and explained in light of the variant Bible texts and the interpretative assumptions through which he came to understand them. The unfolding of his career is set against the background of political, cultural, and religious change in the fourth century, and the art with which he created a form of narrative without precedent in earlier Latin literature is illustrated in close detail.

Peter White is Herman C. Bernick Family Professor in Classics and the College at the University of Chicago. His book Promised Verse: Poets in the Society of Augustan Rome (1993) won the Goodwin Award of the American Philological Association in 1995. He has been teaching the Confessions of Augustine for the last twenty-five years.