Theology of the Gospel of John 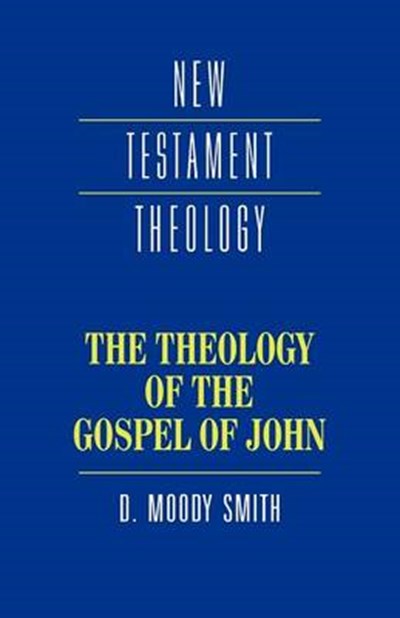 Theology of the Gospel of John

QTY
Add to Basket
Publisher: Cambridge University Press
ISBN: 9780521357760
Number of Pages: 218
Published: 26/01/1995
Width: 14 cm
Height: 21.6 cm
Description Author Information Reviews
D. Moody Smith treats the theology of the Gospel of John in its narrative form and historical context, both ancient Jewish and early Christian. His work draws upon the most recent scholarly investigations of the Gospel's historical purpose and setting. The major theological themes of the Gospel, especially its christology, are treated in relation to the context of the work, since Johannine theology is not simply a by-product of controversies that produced the Gospel, but is rather related to them in significant ways. As Professor Smith shows, John marks an important watershed between Christianity and Judaism. His study will thus serve equally well as an introduction to the question of the origin of John and as an introduction to its theology. It also consistently pays attention to the relationship of the Gospel to other major New Testament witnesses as well as to its important influence upon the development of later Christian doctrine.

"[Smith's] latest study is fresh, thought-provoking and consistently to the point. Much is packed into a brief compass, but always in an accessible style...this ia a valuable and well-written introduction to the teaching of John's Gospel, and one that must be warmly welcomed by all its students." Church Times "D. Moody Smith, as we have come to expect, has given us a well-written and comprehensive survey of major theological themes in the Gospel of John. I have no hesitation in recommending this volume as an introduction to the Gospel at the undergraduate level. The readability of the text and S.'s overall style make this book particulalrly suitable for introducing the Gospel at this level." Wayne Litke, Religious Studies and Theology "Solid scholarship presented in a highly accessible manner. Highly recommended." John Fitzgerald, Religious Studies Review "His study is particularly to be commended for a characteristic clarity and breadth of vision. It responds to Wrede's desideratum of situating the subject within a spectrum of texts in and outside the canon. It also responds to the efforts of commentators like Schlatter and Stuhlmacher who consciously bring exegetical data to bear on confessional issues of the postbiblical church. Its bibliography is current and is fairly comprehensive...[It] will ably serve its intended audience." Mark Kiley, The Catholic Biblical Quarterly "The series has received enthusiastic notices, setting a high standard for clarity and usefulness a standard to which these works live up to." Pro Ecclesia "This small volume is a window on the critical fundamentalism of our era." Kerux: A Journal