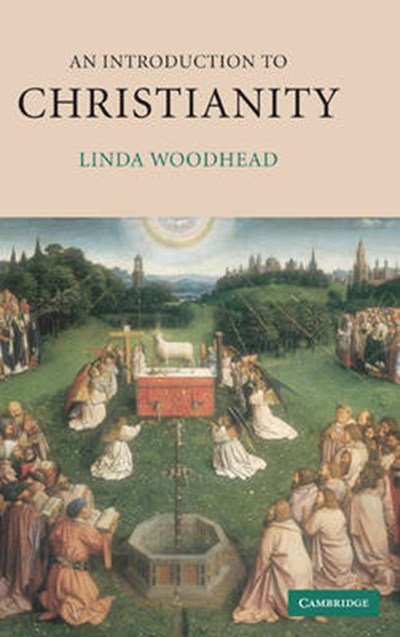 QTY
Add to Basket
Publisher: Cambridge University Press
ISBN: 9780521454452
Published: 02/09/2004
Description Author Information Reviews
An Introduction to Christianity examines the key figures, events and ideas of two thousand years of Christian history and places them in context. It considers the religion in its material as well as its spiritual dimensions and explores its interactions with wider society such as money, politics, force, gender and the family, and non-Christian cultures and societies. This Introduction places particular focus on the ways in which Christianity has understood, embodied and related to power. It shows how the Church's longstanding love affair with 'higher power', both human and divine, has been repeatedly challenged by alternative ideas of of 'power from below', both sacred and secular. Finally, by bringing the history of Christianity right up-to-date, this book explores the ways in which churches of both North and South react to the rise of modern democracy. Comprehensive and accessible, this book will appeal to the student and general reader.

Linda Woodhead is a Senior Lecturer in Christian Studies at Lancaster University. She has written extensively on Christianity, culture and society. Recent edited books include Peter Berger and the Study of Religion (2001), Religions in the Modern World (2002), Predicting Religion (2003, with Grace Davie and Paul Heelas) and Congregational Studies in the UK (2004, with Matthew Guest and Karin Tusting).

'The only thing misleading about Linda Woodhead's Introduction to Christianity is its over-modest title. While it does indeed provide a highly readable over-view of the religion for beginners, it also has a huge amount to offer readers who already know a good deal about the topic. Dr Woodhead impresses by her knowledge of history and politics as well as theology and conventional 'religious studies' approaches - not to mention her admirable sense of fairness throughout. This lucidly written Introduction deserves the widest possible audience.' Philip Jenkins, Pennsylvania State University 'Comprehensive and accessible, this book will appeal to students and general readers.' Publishing News 'The history of Christianity is brought up to date with an extensive discussion of the development of global Christianity into the third millennium. This book will appeal to students and general readers.' Methodist Recorder 'Her special contribution as a historian is her attention in each period to the position of women in Church and society; and she shows that for them, despite the ignition by Jesus, it was more or less frustration in male traffic-blocks all the way until the very recent degree of liberation.' Church Times 'As well as offering an excellent global analysis of contemporary Christianity, this introduction also ably surveys two millennia of Christian history. ... highly readable.' Philip Richter '... stimulating, and indeed controversial.' Ministry Today 'This book will be a useful addition to the literature, offering a different perspective that sheds light on Christianity's past, present, and future.' Reviews in Religion and Theology '... a very good read.' Anthony Freeman, Crediton Parish Church 'Linda Woodhead has managed an extraordinary feat ... she has balanced her global view of history with illuminating perspectives from politics and economics as well as insights from the social sciences. All this is achieved with great clarity of writing, and a capacity to translate the most esoteric doctrines into language readily comprehensible by most readers.' ANVIL '['Introduction to Christianity'] literature endures ... in two social locations: the academic textbook market for religious studies and Christian theological education as well as trade book expeditions into current public discussions of religion. Woodhead attends to both settings. ... [She] devotes greatest time and energy to gradations between the polarities. Her forte is dealing with compromised, mixed, muddled and - better still - unintended, even ironic, social relations that Christians form with worldly principalities and powers. This approach makes hers a more refreshingly candid, nuanced handling of Christian history than most textbooks. ... this book is of immense practical benefit ... Exceptional strengths are Woodhead's skill in (re)incorporating women's history into the overall story and her ability to sift through and sort out the last half-century of Christianity's history.' Scottish Journal of Theology