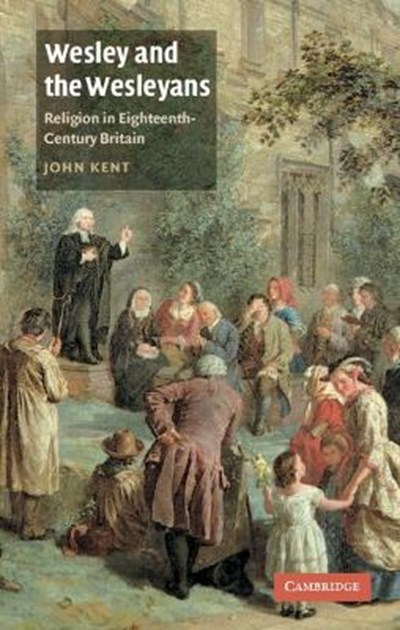 QTY
Add to Basket
Publisher: Cambridge University Press
ISBN: 9780521455329
Number of Pages: 236
Published: 11/07/2002
Width: 14 cm
Height: 21.6 cm
Description Author Information Reviews
Wesley and the Wesleyans challenges the cherished myth that at the moment when the Enlightenment and the Industrial Revolution were threatening the soul of eighteenth-century England, an evangelical revival - led by the Wesleys - saved it. It will interest anyone concerned with the history of Methodism and the Church of England, the Evangelical tradition, and eighteenth-century religious thought and experience. The book starts from the assumption that there was no large-scale religious revival during the eighteenth century. Instead, the role of what is called 'primary religion' - the normal human search for ways of drawing supernatural power into the private life of the individual - is analysed in terms of the emergence of the Wesleyan societies from the Church of England. The Wesleys' achievements are reassessed; there is fresh, unsentimental description of the role of women in the movement, and an unexpectedly sympathetic picture emerges of Hanoverian Anglicanism.

John Kent is Emeritus Professor of Theology, University of Bristol. His many publications include Holding the Fort: Studies in Victorian Revivalism (1978), The End of the Line?: The Development of Theology since 1700 (1982), The Unacceptable Face: The Modern Historian and the Church (1987) and William Temple: Church, State and Society in Britain, 1880-1950 (1993).

'Professor Kent provides sharply critical yet sympathetic (or at least understanding) portraits of Wesley, Wesleyans, and the place of what he helpfully calls primary religion, and there are deftly drawn relationships with Quakers, Dissent, and especially with Anglicanism. It is an important book.' Clyde Binfield, University of Sheffield 'A book which is certainly worth reading, and one that would serve as a provocative introduction to Wesley and Wesleyanism for students and other intelligent readers. Readable and stimulating.' David Hempton, Boston University '... Kent's book is a modern statement of the from sect to denomination story... Was Wesley as cut off from the center of society as Dr Kent argues? The questions pile up and if a book stimulates debate, I for one take it seriously and commend it.' Methodist Recorder 'A well-argued book, especially in its analysis of the early Methodist people and the contemporary Anglicans who rejected Wesley's holiness teaching from both the liberal and evangelical wings.' John Munsey Turner, Methodist Recorder 'Professor Kent's study is incisive.' James Munson, Contemporary Review 'An important and provocative reassessment of both early Methodism and its Anglican context.' John Wolffe, Church Times '... an original, stimulating and provocative treatment.' Henry D. Rack, Expository Times '... this is a stimulating ... book ...' Proceedings of the Wesley Historical Society '... a good, lively and interesting read'. Reviews in Religion and Theology 'Wesley and the Wesleyans offers a bracing and elegantly written antidote to tercentenary hype.' Epworth Review '... a fascinating book which provides some profoundly interesting insights into both Wesley and the Wesleyans and also the Hanoverian established church.' European Journal of Theology 'For anyone interested in the role of religion in public life, Wesley and the Wesleyans provokes timely thought.' Scottish Journal of Theology