Lord Shaftesbury and Evangelical Support for a Jewish Homeland 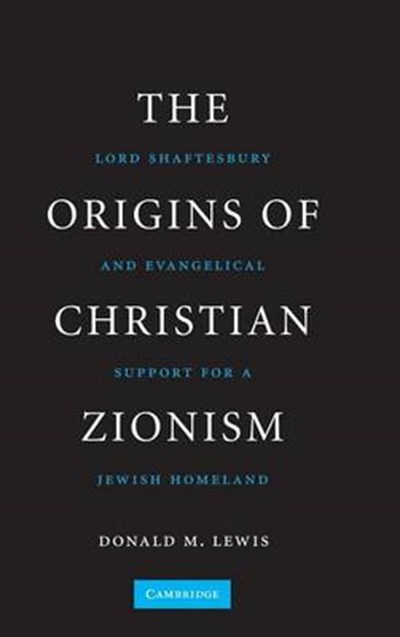 Lord Shaftesbury and Evangelical Support for a Jewish Homeland

QTY
Add to Basket
Publisher: Cambridge University Press
ISBN: 9780521515184
Number of Pages: 380
Published: 26/10/2009
Width: 15.2 cm
Height: 22.9 cm
Description Author Information Reviews
In this study of Lord Shaftesbury - Victorian England's greatest humanitarian and most prominent Christian Zionist - Donald M. Lewis examines why British evangelicals became fascinated with the Jews and how they promoted a 'teaching of esteem' that countered a 'teaching of contempt'. Evangelicals militated for the restoration of Jews to Palestine by lobbying the British cabinet on foreign policy decisions. Professing their love for the Jews, they effectively reshaped the image of the Jew in conversionist literature, gave sacrificially to convert them to Christianity, and worked with German Pietists to create a joint Anglican-Lutheran bishopric in Jerusalem, the center (in their minds) of world Jewry. Evangelical identity evolved during this process and had an impact on Jewish identity, transforming Jewish-Christian relations. It also changed the course of world history by creating a climate of opinion in the United Kingdom in favor of the Balfour Declaration of 1917, which pledged British support for a Jewish homeland in Palestine.

Donald M. Lewis is Academic Dean and Professor of Church History at Regent College in Vancouver, British Columbia. An expert on nineteenth-century British evangelicalism and popular religion, as well as global Christianity, he is the author of Lighten their Darkness: The Evangelical Mission to Working-Class London and editor of The Blackwell Dictionary of Evangelical Biography, 1730-1860 and Christianity Reborn: The Global Expansion of Evangelicalism in the 20th Century.

"Lewis's book is a very important contribution to the study of British Christian Zionism. One suspects that it will remain the authoritative text on that subject for many years to come." --H-Review Digest