Apostle Paul in the Jewish Imagination

A Study in Modern Jewish-Christian Relations 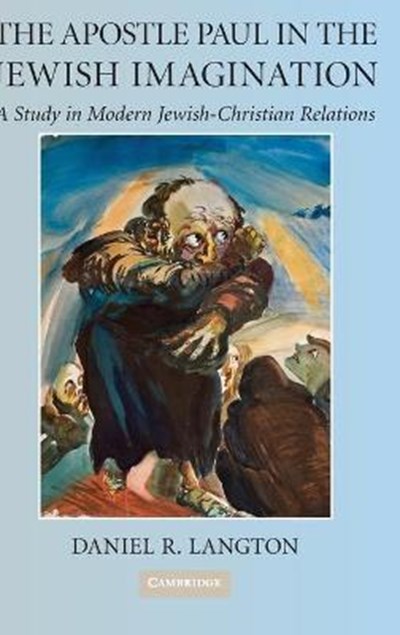 Apostle Paul in the Jewish Imagination

A Study in Modern Jewish-Christian Relations

eBook FAQ
Add to Basket
Publisher: Cambridge University Press
ISBN: 9780521517409
Number of Pages: 320
Published: 22/03/2010
Width: 15.8 cm
Height: 23.5 cm
Description Author Information Reviews
The Apostle Paul in the Jewish Imagination is a pioneering multidisciplinary examination of Jewish perspectives on Paul of Tarsus. Here, the views of individual Jewish theologians, religious leaders, and biblical scholars of the last 150 years, together with artistic, literary, philosophical, and psychoanalytical approaches, are set alongside popular cultural attitudes. Few Jews, historically speaking, have engaged with the first-century Apostle to the Gentiles. The modern period has witnessed a burgeoning interest in this topic, however, with treatments reflecting profound concerns about the nature of Jewish authenticity and the developing intercourse between Jews and Christians. In exploring these issues, Jewish commentators have presented Paul in a number of apparently contradictory ways. The Apostle Paul in the Jewish Imagination represents an important contribution to Jewish cultural studies and to the study of Jewish-Christian relations.

Daniel R. Langton is Senior Lecturer in Modern Jewish-Christian Relations at the University of Manchester. He is the author of Claude Montefiore: His Life and Thought (2002), a biography of the founder of Anglo-Liberal Judaism.

'The Apostle Paul in the Jewish Imagination is a valuable contribution to our understanding of the complexities of formation of modern Jewish identity and the relationship of Jews to the broader culture in which they live.' Journal of Semitic Studies 'Langton's work stands as a significant record of one stream of the effective history of the Apostle Paul and his corpus.' The Journal of Theological Studies