Bodies of God and the World of Ancient Israel 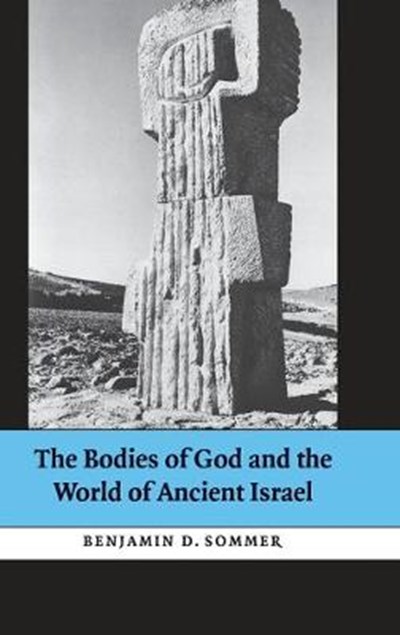 Bodies of God and the World of Ancient Israel

eBook FAQ
Add to Basket
Publisher: Cambridge University Press
ISBN: 9780521518727
Number of Pages: 352
Published: 29/06/2009
Width: 15.2 cm
Height: 22.9 cm
Description Author Information Reviews
Sommer utilizes a lost ancient Near Eastern perception of divinity according to which a god has more than one body and fluid, unbounded selves. Though the dominant strains of biblical religion rejected it, a monotheistic version of this theological intuition is found in some biblical texts. Later Jewish and Christian thinkers inherited this ancient way of thinking; ideas such as the sefirot in Kabbalah and the trinity in Christianity represent a late version of this theology. This book forces us to rethink the distinction between monotheism and polytheism, as this notion of divine fluidity is found in both polytheistic cultures (Babylonia, Assyria, Canaan) and monotheistic ones (biblical religion, Jewish mysticism, Christianity), whereas it is absent in some polytheistic cultures (classical Greece). The Bodies of God and the World of Ancient Israel has important repercussions not only for biblical scholarship and comparative religion but for Jewish-Christian dialogue.

Benjamin D. Sommer is Professor in the Department of Bible and Ancient Semitic Languages at the Jewish Theological Seminary of America.

Reviews of the hardback: 'An innovative and illuminating exploration of the idea that God in the Hebrew Bible is embodied. Benjamin Sommer explores the various modes of embodiment found in different sources and shows that both rabbinic and mystical Judaism, as well as Christianity, have roots in the variety of presentations in the Hebrew Bible. A characteristically lucid and original book.' John Barton, Oriel College, University of Oxford 'Sommer's audacious and original analyses of fascinating aspects of biblical theology, the fluidity and the embodiment of God against their Near Eastern backgrounds, open new questions and facilitate new solutions as to the later developments of Jewish thought, especially the sources of Kabbalistic theosophy.' Moshe Idel, Department of Jewish Thought, Hebrew University 'This very original work raises profound questions about how to understand the way in which the Biblical God (and the gods of the ancient Near East) makes his person manifest in the world. Readers will be stimulated to think about the identity of God in strikingly new ways.' Gary Anderson, University of Notre Dame '... an important study of a fascinating topic: how the Hebrew Bible understands the body of God. ... Sommer explores ... in fresh ways, pointing out ... profound interconnections and persuasively challenging in the process long-held scholarly views. He is particularly attentive to the variety of perspectives on God's body that the biblical authors present. ... Throughout ... [he] remains the consummate analyst, discerning and discriminating in his reading of the ancient sources and the modern scholarship on them. And yet his book is not only that of a discriminating analyst. In its lively, incisive, and conversational style, it is also a deeply personal encounter with fundamental and troubling issues about the relationship of divinity and humanity - issues that, as he makes clear, have not lost their relevance and their bite.' Peter Machinist, Hancock Professor of Hebrew and Other Oriental Languages, Harvard University 'Sommer uncovers a lost ancient Near Eastern perception of divinity according to which an essential difference between gods and humans was that gods had more than one body and fluid, unbounded selves.' International Review of Biblical Studies