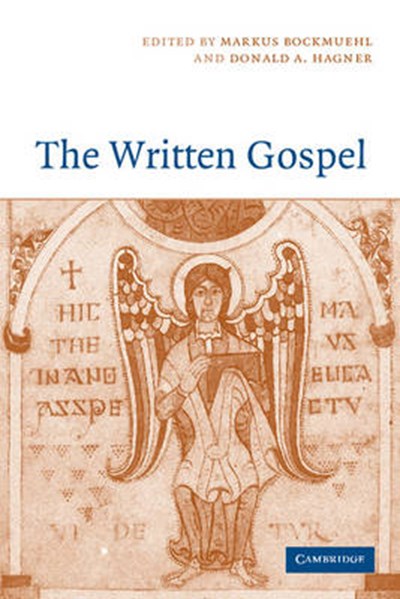 QTY
Add to Basket
Publisher: Cambridge University Press
ISBN: 9780521540407
Number of Pages: 388
Published: 28/07/2005
Width: 15.4 cm
Height: 22.8 cm
Description Author Information Reviews
This book comprehensively surveys the origin, production and reception of the canonical gospels in the early church. The discussion unfolds in three steps. Part One traces the origin of the 'gospel' of Jesus, its significance in Jewish and Hellenistic contexts of the first century, and its development from eyewitness memory to oral tradition and written text. Part Two then more specifically examines the composition, design and intentions of each of the four canonical gospels. Widening the focus, Part Three first asks about gospel-writing as viewed from the perspective of ancient Jews and pagans before turning to the question of reception history in the proliferation of 'apocryphal' gospels, in the formation of the canon, and in the beginnings of a gospel commentary tradition.

'There is much in this collection that is stimulating for those who study the New Testament or Early Christianity. Indeed, this is a fitting tribute to Graham Stanton and also amply demonstrates the impact his work has had on his fellow New Testament scholars.' Expository Times 'Well-conceived and unified collection of essays ... a highly useful compendium which gives a state-of-the-art picture of current study but at the same time has several of the contributors producing fresh material and/or entering into neglected but fruitful and fascinating areas of research.' Epworth Review '... offers a well-conceived and clearly focused collection of essays on early Christian Gospels. ... The editors are to be congratulated for producing a book that is much more than the sum of its parts, and a worthy tribute to Graham Stanton, to whose scholarship and example the volume is dedicated.' The Journal of Ecclesiastical History '... coherent approach to the subject under scrutiny. The editors claim it to be a 'compendium of recent informed opinion' (p.3), and rightly so ... [the author's] work on oral transmission is in many ways interesting and the various issues touched upon ... in this essay are to stimulate ongoing scholarly activity ...[his] sane and balanced judgments on the setting of the gospels, the value of eye-witness, the shift from Aramaic to Greek, and several other subjects make this well translated chapter a joy to read ... The collection closes with a wonderful essay by Markus Bockmuehl ... [he] starts with a brief survey of the Greek and Roman commentary tradition and its Jewish counterpart in the Dead Sea Scrolls and suggests that there may have been contacts between both traditions. The discussion of early Christian commentaries on the gospels is very helpful, not least because of [his] insightful observations regarding the normativity implied by the fact that some gospels received extensive commentary whereas others did not ... The Written Gospel has been expertly edited ... [and] is a wonderfully helpful collection, packed with excellent and useful contributions that are sure to be of lasting value. The authors and editors are to be warmly congratulated with this deserving tribute to Graham Stanton.' Bryn Mawr Classical Review '... distinguished contributors ... the persevering reader will frequently be grateful both for occasional enlightenment and for a challenge to reflect again on some of the enduring questions posed by these four enigmatic texts.' Church Times