Manichaean Texts from the Roman Empire 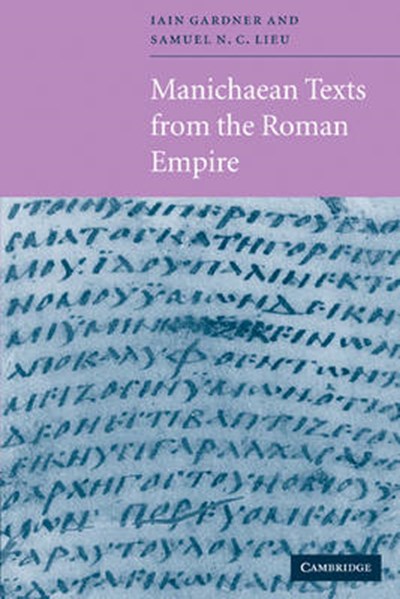 Manichaean Texts from the Roman Empire

QTY
Add to Basket
Publisher: Cambridge University Press
ISBN: 9780521568227
Number of Pages: 334
Published: 03/06/2004
Width: 15.2 cm
Height: 22.9 cm
Description Author Information Reviews
Founded by Mani (c. AD 216-276), a Syrian visionary of Judaeo-Christian background who lived in Persian Mesopotamia, Manichaeism spread rapidly into the Roman Empire in the third and fourth centuries AD and became one of the most persecuted heresies under Christian Roman emperors. The religion established missionary cells in Syria, Egypt, North Africa and Rome and has in Augustine of Hippo the most famous of its converts. The study of the religion in the Roman Empire has benefited from discoveries of genuine Manichaean texts from Medinet Madi and from the Dakhleh Oasis in Egypt, as well as successful decipherment of the Cologne Mani-Codex which gives an autobiography of the founder in Greek. This 2004 book is a single-volume collection of sources for this religion, and draws from material mostly unknown to English-speaking scholars and students, offers in translation genuine Manichaean texts from Greek, Latin and Coptic.

Dr Iain Gardner is Chair and Senior Lecturer at the Department of Studies in Religion, Sydney University. He has published widely in Coptic and Manichaean studies, including the standard The Kephalaia of the Teacher (1995). He is also editor for the newly found Manichaean texts from the Dakhleh Oasis. Samuel Nan-Chiang Lieu is Professor of Ancient History and Co-Director of the Ancient History Documentary Research Centre, Macquarie University. He is the author of many books including The Roman Eastern Frontier and the Persian Wars II AD 363-630 (with G. Greatrex, 2002), From Constantine to Julian: Pagan and Byzantine Views (with D. A. S. Montserrat, 1996), The Roman Eastern Frontier and the Persian Wars AD 226-363 (with M. Dodgeon, 1991, revised 1994, 1996).

'This long-awaited volume from Australia-based scholars Iain Gardner and Samuel N. C. Lieu constitutes the first anthology of non-Central Asian Manichaean texts in English, thereby filling a great need in the ever-expanding field of Manichaean Studies. ... a rich selection of texts ... supplemented by a wide variety of fragments and testimonies ... Gardner and Lieu have met a great need by providing English-speaking readers and class-rooms with a readable and teachable anthology that will hopefully facilitate the inclusion of this important late antique religious movement in the curricula of Religious Studies and Ancient History departments from which Manichaeism has all too often been ignored or excluded.' Laval theologique et philosophique