A Short History from Tyndale to Today 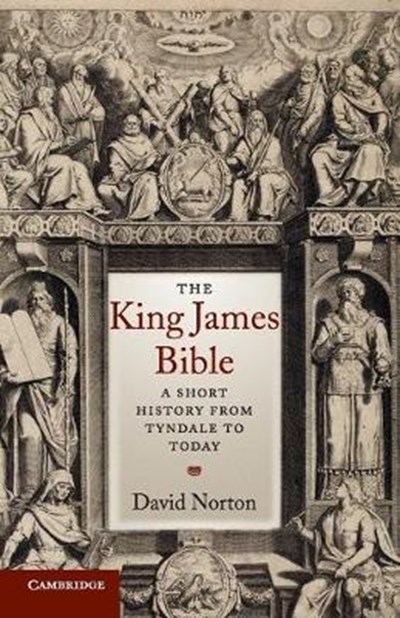 A Short History from Tyndale to Today

QTY
Add to Basket
Publisher: Cambridge University Press
ISBN: 9780521616881
Number of Pages: 232
Published: 20/01/2011
Width: 13.7 cm
Height: 21.5 cm
Description Author Information Reviews
The King James Bible was the result of an extraordinary effort over nearly a century to make many good English translations and turn them into what the translators called 'one principal good one, not justly to be excepted against'. David Norton traces the work of Tyndale and his successors, analysing the translation and revisions of two representative passages. His fascinating new account follows in detail the creation of the KJB, including attention to the translators' manuscript work. He also examines previously unknown evidence such as the diary of John Bois, the only man who made notes on the translation. At the centre of the book is a thorough discussion of the first edition. The latter part of the book traces the printing and textual history of the KJB and provides a concise account of its changing scholarly and literary reputations.

David Norton is Professor of English at the Victoria University of Wellington. His previous publications include A History of the Bible as Literature, 2 volumes (Cambridge, 1993) and The New Cambridge Paragraph Bible (Cambridge, 2005).

'By his work as editor of The New Cambridge Paragraph Bible and through his careful study of manuscripts left by King James's translators, David Norton has made himself master of his subject. This history of the King James Bible is detailed, clear, and complete.' Ward S. Allen, author of Translating the New Testament Epistles 1604-1611 'Professor David Norton has written a brilliant little book. It is a fine summary of Christian and literary heritage ... Its usefulness will appeal primarily to the educated Pastor and the serious student. It is a beautifully-produced volume, divided into manageable sections for the busy reader, well-laced with biblical quotations and illustrations ...' English Churchman 'Readable, surprising and informative.' Irish Examiner 'David Norton ... produces a masterly account of the interstices of translation, enabling us to look over the shoulders of those remarkable KJB scholars [F. R. Leavis and F. W. Bateson].' Financial Times 'This is micro-history at its very best and it brings us closer to understanding the chaps behind 1611's most noteworthy book.' Catholic Herald 'A minutely documented, erudite and yet infinitely readable account of the making of the KJB.' The Typographic Hub (typographichub.org) '[Norton] gives a scholarly, yet vivid and wholly human account of the printing and design of the King James Bible.' The Typographic Hub (typographichub.org) 'Norton's achievement is to demystify the KJB by reconstructing, in careful and precise detail, what is known of the process of translation ... [He] does a masterly job of assembling the scattered evidence that remains ...' The Times Literary Supplement '[This] is perhaps the best current book for the reader who wants a sound, scholarly and sober account of the AV.' Faith and Worship 'Amongst the minor flood of books that have been published to mark the four hundredth anniversary of the King James Bible, few, as is the nature of things, will prove to be of lasting value. This is one that will last. This goes much further than some more general surveys that do give the historical context, but leave the reader deprived of the 'mechanics' of translation. Norton's book supplies the want.' Ian Gibbs, thegoodbookstall.org.uk