Reformation of the Twelfth Century 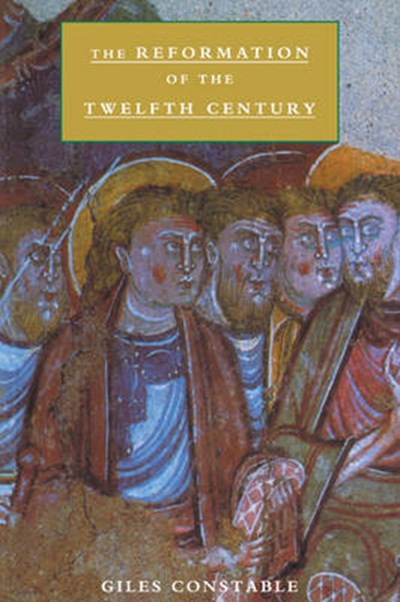 Reformation of the Twelfth Century

QTY
Add to Basket
Publisher: Cambridge University Press
ISBN: 9780521638715
Number of Pages: 444
Published: 28/05/1998
Width: 15.2 cm
Height: 22.9 cm
Description Author Information Reviews
This book is concerned with the changes in religious thought and institutions from the late eleventh century to the third quarter of the twelfth. It concentrates on monks and nuns, but also takes into consideration hermits, recluses, wandering preachers, crusaders, penitents, and other less organised forms of religious life. In particular it studies the variety of reform movements, the relation of the reformers to each other and the outside world, and their spirituality and motivation as reflected in their writings and activities. The work stands in close relation to the author's Three Studies in Medieval Religious and Social Thought (1995), which took what may be called a horizontal approach, studying three topics over the entire Middle Ages. The present work takes a vertical approach, looking at many aspects of reform during a comparatively short period. Together the two works show the relatively rapid change in religious life and sentiments in the twelfth century.

'... authoritative, sensitive, imaginative and illuminating ... Professor Constable's book sets the pietistic developments of the later Middle Ages in a new perspective...'. Peter Heath, The Times Literary Supplement 'This ... book evokes the nitty-gritty of twelfth-century religious life, exploring not only the different ways in which orders and individuals adapted to changing circumstances but also the bitter rivalries and disputes that erupted across the religious landscape ... The twelfth-century reform can be seen as an occurrence of monumental complexity. Few scholars are better qualified than Constable to give us an insight into the constituents of the puzzle.' Pacifica 'This is a magisterial, pivotal and detailed study ... This is an exceptionally distinguished book.' Revue d'Histoire Ecclesiastique