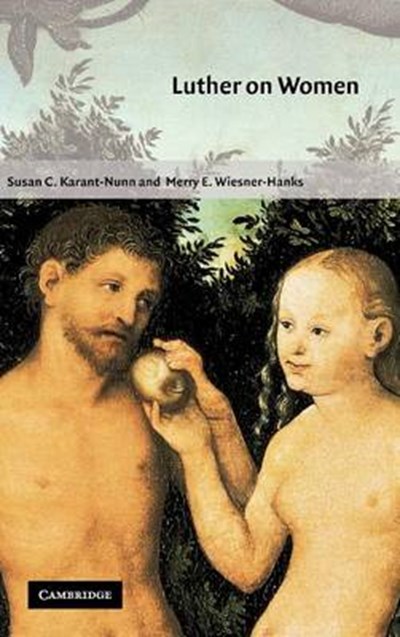 QTY
Add to Basket
Publisher: Cambridge University Press
ISBN: 9780521650915
Published: 13/03/2003
Description Author Information Reviews
Martin Luther contributed extensively to the sixteenth century 'debate about women' with his writings on women and related subjects such as marriage, the family and sexuality. In this volume, Merry Wiesner-Hanks and Susan Karant-Nunn bring together a vast selection of these works, translating many into English for the first time. They include sermons, lectures, pamphlets, polemic writings, letters and some informal 'table talk' recorded by his followers. The book is arranged into chapters on Biblical women, marriage, sexuality, childbirth and witchcraft, as well as on Luther's relations with his wife and other contemporary women. The editors, both internationally-known scholars on Reformation and women, provide a general introduction to each chapter, and Luther's own colourful words fuel both sides of the debate about whether the Protestant Reformation was beneficial or detrimental to women. This collection will make a wide range of Luther's works accessible to English-speaking scholars, students and general readers.

'This much-needed collection of documents compiled by leading historians in the field, fills a serious lacuna in the literature on Luther ... This volume opens up the subject by making more accessible Luther's observations and attitudes on women ... this is a particularly useful volume for students of this subject ... a book that should appear on the reading list of every undergraduate studying the Reformation.' History '... drawn from a variety of sources ... a wide-ranging collection which demonstrates the complexity of Luther's thinking about women ... a good aid to understanding Luther's views of women, both in theory and in practice, which goes some way to filling a notable research gap.' Journal of Ecclesiastical History