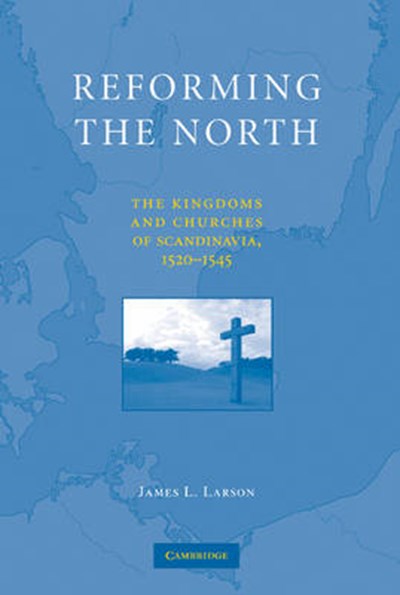 eBook FAQ
Add to Basket
Publisher: Cambridge University Press
ISBN: 9780521765145
Number of Pages: 550
Published: 29/01/2010
Width: 16.2 cm
Height: 23.4 cm
Description Author Information Reviews
The turbulence of the Protestant Reformation marks a turning point in European history, but the Scandinavian contribution to this revolution is not well known outside the Northern world. Reforming the North focuses on twenty-five years (1520-45 AD) of this history, during which Scandinavians terminated the medieval Union of Kalmar, toppled the Catholic Church, ended the commercial dominance of the German Hanse, and laid the foundations for centralized states on the ruins of old institutions and organizations. This book traces the chaotic and often violent transfer of resources and authority from the decentralized structures of medieval societies to the early modern states and their territorial churches. Religious reform is regarded as an essential element in the process - in the context of social unrest, political conflict, and long-term changes in finance, trade, and warfare. Reforming the North offers a broad perspective on this turbulent period and on the implications of the Protestant Reformation for Northern history.

James L. Larson is Professor Emeritus of Scandinavian Languages at the University of California, Berkeley. His research focuses on the languages, literature, and history of northern Europe, with an emphasis on early modern history and culture. His interests in science, religion, and culture are unified by a concern with the process of secularization in Western culture. Larson has published several books, including Reason and Experience, a study of Linnaean classification; Interpreting Nature: The Science of Living Form from Linnaeus to Kant, a history of eighteenth-century life sciences; and Renaissance of the Goths, a translation of a study of the last Catholic archbishops of Sweden in the sixteenth century. He has also published papers in Eighteenth-Century Studies, Isis, Janus, the Journal of the History of Biology, the Journal of the History of Ideas, Scandinavian Studies, and Scandinavica.

"...a well-narrated book." -Goran Malmstedt, American Historical Review "The author strikes a masterful balance between attention to detail and maintaining a clear, stumulating narrative. This book enhances our understanding of this period by treating it from a Scandinavian rather than a national perspective." -Jason Lavery, Luthern Quarterly "...Larson's book should be appreciated for its clarity by those looking for an introduction to the Northern Reformations, and for its vision by those familiar with their histories." -Erick Thomson, Canadian Journal of History