Religion, Theology and the Human Sciences 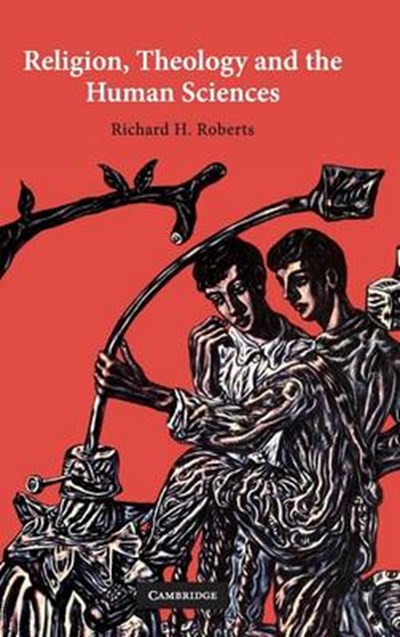 Religion, Theology and the Human Sciences

QTY
Add to Basket
Publisher: Cambridge University Press
ISBN: 9780521791519
Number of Pages: 350
Published: 15/11/2001
Width: 15.2 cm
Height: 22.9 cm
Description Author Information Reviews
Religion, Theology and the Human Sciences explores the religious consequences of the so-called 'end of history' and 'triumph of capitalism' as they have impinged upon key institutions of social reproduction in recent times. The book explores the imposition of managerial modernity upon successive sectors of society and shows why many people today feel themselves to be oppressed by systems of management that seem to leave them no option but to conform. This culture has spread through education, health and social services and has been welcomed by the churches. Richard Roberts seeks to challenge and outflank such seamless, oppressive modernity, through reconfiguration of the religious and spiritual field. This volume will be of use to a range of students in humanities and social sciences (particularly theology and the sociology of religion) and should become standard reading for those concerned with the practical application of contemporary theology in a postmodern world.

Richard Roberts is Professor of Religious Studies at Lancaster University. He has not shrunk from controversy and is known among senior British academic figures for his pursuit of a consistently critical line against the managerialisation and bureaucratisation of both universities and churches. His publications include Hope and its Hieroglyph: A Critical Decipherment of Ernst Bloch's 'Principle of Hope' (1990), A Theology on its Way: Essays on Karl Barth (1992), The Recovery of Rhetoric: Persuasive Discourse and Disciplinarity in the Human Sciences (co-edited with J. M. M. Good, 1993), Religion and the Transformations of Capitalism: Comparative Approaches (editor, 1995), Nature Religion Today: Paganism in the Modern World (co-edited with Jo Pearson and Geoffrey Samuel, 1998), and Time and Value (co-edited with Scott Lash and Andrew Quick, 1998).

'Religion, Theology and the Human Sciences is a highly original ... and important collection: original in its clarity ... important as a substantial contribution to debates that have hardly begun at this level of intellectual intensity'. The Times Literary Supplement '... an exciting ... collection of essays written during 1989-99. Highly personal, intellectual and humane, these reflections read as an integrated volume and challenge the reader in a deeply ethical way.' Theology '... a very well-integrated collection of essays ... The book is both a stimulant and a guide to the exploration of many issues that we all need to address, hopefully with the same trenchancy found in these essays, if there is to be salvation for humankind.' Crucible '... [the] combination of intellectual rigor and uncompromising moral purpose makes this difficult, timely book well worth reading.' Research News and Opportunities in Science and Theology 'This book is essential not only for what it says, but also for how it says it. Richard Roberts accomplishes a masterful demonstration ... With a rigour that has become so rare as to surprise when encountered again, but also with passionate personal involvement, this is a book that enriches in every way.' Organisation Reviews '... up-do-date enlightenment and a challenge. I particularly valued the chapter on The Souls of Europe.' The Herald (Glasgow)