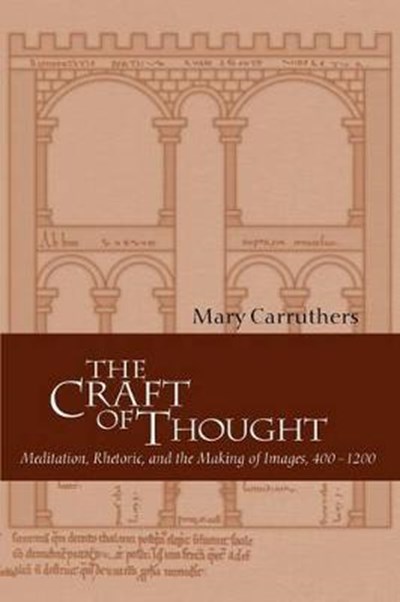 QTY
Add to Basket
Publisher: Cambridge University Press
ISBN: 9780521795418
Number of Pages: 456
Published: 26/10/2000
Width: 15.2 cm
Height: 22.6 cm
Description Author Information Reviews
The Craft of Thought, first published in 1998, is a companion to Mary Carruthers' earlier study of memory in medieval culture, The Book of Memory. This more recent volume examines medieval monastic meditation as a discipline for making thoughts, and discusses its influence on literature, art, and architecture. In a process akin to today's 'creative' thinking, or 'cognition', this discipline recognises the essential roles of imagination and emotion in meditation. Deriving examples from a variety of late antique and medieval sources, with excursions into modern architectural memorials, this study emphasises meditation as an act of literary composition or invention, the techniques of which notably involved both words and making mental 'pictures' for thinking and composing.

Mary Carruthers is the author of The Craft of Thought (Cambridge 1998) and The Medieval Craft of Memory (University of Pennsylvania 2002) as well as of The Book of Memory (1990 and 2008). She divides her time between New York City and Oxford, where she holds the positions of Remarque Professor of Literature at New York University and Fellow of All Souls College.

'This is a vigorous and learned book.' David Griffith, Expository Times