Calvinism and Religious Toleration in the Dutch Golden Age 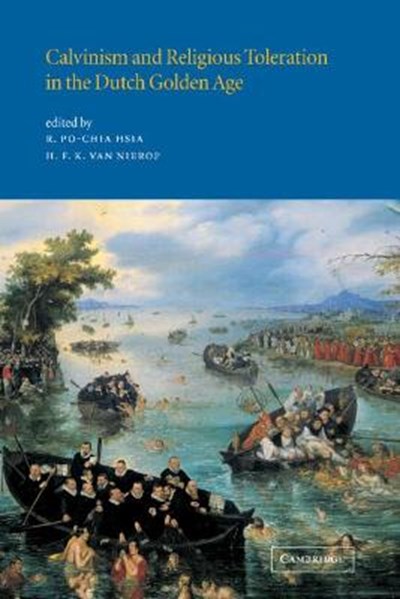 Calvinism and Religious Toleration in the Dutch Golden Age

QTY
Add to Basket
Publisher: Cambridge University Press
ISBN: 9780521806824
Number of Pages: 196
Published: 01/08/2002
Width: 15.9 cm
Height: 23.6 cm
Description Author Information Reviews
Dutch society has enjoyed a reputation, or notoriety, for permissiveness from the sixteenth century to present times. The Dutch Republic in the Golden Age was the only society that tolerated religious dissenters of all persuasions in early modern Europe, despite being committed to a strictly Calvinist public Church. Professors R. Po-chia Hsia and Henk van Nierop have brought together a group of leading historians from the US, the UK and the Netherlands to probe the history and myth of this Dutch tradition of religious tolerance. This 2002 collection of outstanding essays reconsiders and revises contemporary views of Dutch tolerance. Taken as a whole, the volume's innovative scholarship offers unexpected insights into this important topic in religious and cultural history.

R. Po-chia Hsia is Erwin Earle Sparks Professor of European and Asian History at Pennsylvania State University, Academician at the Academia Sinica, and holder of numerous fellowships in the US and Europe. In addition to professorships in the US, he has also held visiting professorships in the Netherlands and Germany, and has lectured in Portugal, France, Italy, Belgium, Hungary and Taiwan. He is the author or editor of eight books on early modern Europe, including In and Out of the Ghetto: Jewish-Gentile Relations in Late Medieval and Early Modern Germany (Cambridge, 1995) and The World of Catholic Renewal, 1540-1770 (Cambridge, 1998). Henk van Nierop is Professor of Early Modern History at the University of Amsterdam and Director of the Amsterdam Centre for the Study of the Golden Age. He is the author or editor of a number of books on European and Dutch history, including The Nobility of Holland: From Knights to Regents, 1500-1650 (Cambridge, 1993) (0521 392608).

Review of the hardback: '... delivers more than its title promises in that several of the essays are focused not on the Dutch Golden Age but on the 18th century, which makes a welcome change. In breaking new ground where the same old sods keep being turned over, the editors and contributors are to be congratulated on a truly impressive achievement.' Huguenot Society Proceedings Review of the hardback: '... provides much more than a series of detailed case studies ... it makes an important contribution to the literature on religious toleration during the early modern period.' Sixteenth Century Journal