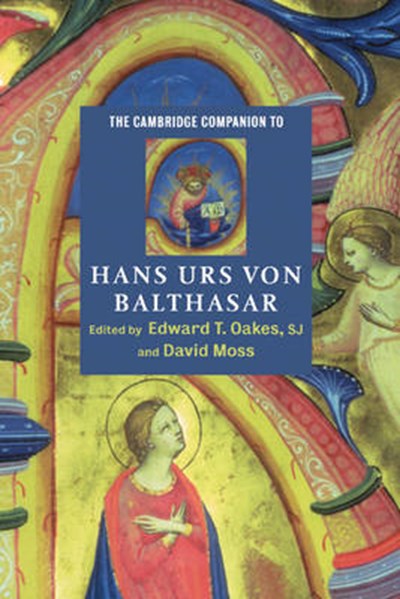 eBook FAQ
Add to Basket
Publisher: Cambridge University Press
ISBN: 9780521814676
Published: 05/08/2004
Description Author Information Reviews
Hans Urs von Balthasar (1905-1988) is one of the most prolific, creative and wide-ranging theologians of the twentieth century who is just now coming to prominence. But because of his own daring speculations about the meaning of Christ's descent into hell after the crucifixion, about the uniqueness of Christ as savior of a pluralistic world, and because he draws so many of his resources for his theology from literature, drama, and philosophy, Balthasar has never been an easily-categorized theologian. He is neither liberal nor conservative, neither Thomist nor modernist and he seems to elude all attempts to capture the exact way he creatively reinterprets the tradition of Christian thought. For that reason, this Companion is singularly welcome bringing together a wide range of theologians both to outline and to assess the work of someone whom history will surely rank someday with Origen, John Calvin, and Karl Barth.

Edward T. Oakes is Chester and Margaret Paluch Professor of Theology at the University of St Mary of the Lake. He is the author of the book Pattern of Redemption: The Theology of Hans Urs von Balthasar (1996). Reverend David Moss is Director of Studies at St Stephen's House, Oxford.

'This is a gem of a collection with seventeen scholarly essays on a wide variety of issues introducing a reliable road map to the corpus of von Balthasar and taking us on guided tours of select streets in Balthasar's Byzantine world ... it covers a wide range of topics which is excellent for teaching and introductory purposes ... the range of topics and the high standard of all essays make this a very good buy.' Review of Religion and Theology '... a great book for the enthusiast ...' Ministry Today 'At the heart of the book are three excellent essays on the parts of the trilogy by Oliver Davies, Ben Quash and Aidan Nichols. Each could not but encourage a reader daunted by the scale of the mountain range ahead, with a map, a compass and enough description to suggest the exhilaration of the climb and the rewards of perseverance through its length.' The Times Literary Supplement '... an admirably short collection of mostly concise pieces'. The Times Literary Supplement '... the editors fulfill their promise of a rich feast. ... it is a great way in to the library of his works, and can hardly be bettered as an introduction.' Themelios 'The essays are primarily analytical and explicatory in character, often illuminating areas of Balthasar's thought that are difficult and obscure with admirable clarity and precision. It is interesting to see that the relative brevity of the contributions has in no way resulted in superficiality of treatment or a trivialization of the subjects under discussion; in fact the constraints of the form seem to have worked to the advantage of the subject.' Journal of Theological Studies