Myth of a Gentile Galilee 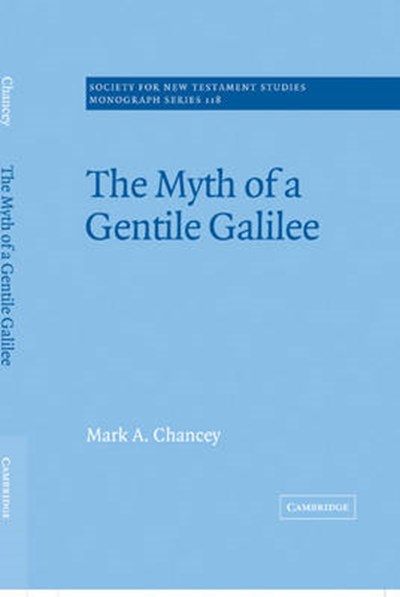 Myth of a Gentile Galilee

QTY
Add to Basket
Publisher: Cambridge University Press
ISBN: 9780521814874
Number of Pages: 248
Published: 23/05/2002
Width: 14.6 cm
Height: 22.4 cm
Description Author Information Reviews
The Myth of a Gentile Galilee is the most thorough synthesis to date of archaeological and literary evidence relating to the population of Galilee in the first-century CE. The book demonstrates that, contrary to the perceptions of many New Testament scholars, the overwhelming majority of first-century Galileans were Jews. Utilizing the gospels, the writings of Josephus, and published archaeological excavation reports, Mark A. Chancey traces the historical development of the region's population and examines in detail specific cities and villages, finding ample indications of Jewish inhabitants and virtually none for gentiles. He argues that any New Testament scholarship that attempts to contextualize the Historical Jesus or the Jesus movement in Galilee must acknowledge and pay due attention to the region's predominantly Jewish milieu. This accessible book will be of interest to New Testament scholars as well as scholars of Judaica, Syro-Palestinian archaeology, and the Roman Near East.

Mark A. Chancey is Assistant Professor in the Department of Religious Studies at Southern Methodist University. He has written articles and reviews for New Testament Studies, Biblical Archaeology Review, Currents in Research: Biblical Studies, and Africa Journal of Theology.

'His conclusions affirm the historical reliability of the gospel tradition and need to be heeded in our quest for the historical Jesus. They serve as a much needed corrective for attempts to understand Jesus and early Christianity against various features of Greco-Roman culture to the neglect of this Jewish milieu. This significance of his conclusions justifies the detailed sketch of Chancey's careful and persuasive study.' European Journal of Theology '... an important and useful contribution to current debates ... a detailed and well-documented account ... this study undoubtedly fills a real lacuna in the library of many New Testament scholars by providing them with a detailed and up-to-date account of Galilean archaeology of the early Roman period as this is relevant for the study of both Jesus and Early Christianity in the region. C. writes clearly and compresses a lot of detail into a succinct and readable account ... unusually good and well-presented.' Proceedings of the Irish Biblical Association