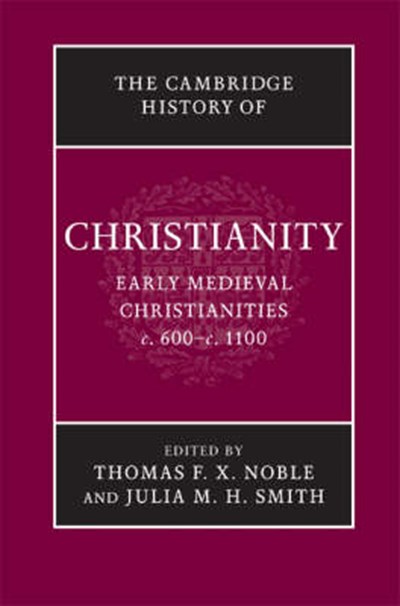 QTY
Add to Basket
Publisher: Cambridge University Press
ISBN: 9780521817752
Number of Pages: 880
Published: 11/09/2008
Width: 15.8 cm
Height: 23.4 cm
Description Author Information Reviews
The key focus of this book is the vitality and dynamism of all aspects of Christian experience from late antiquity to the First Crusade. By putting the institutional and doctrinal history firmly in the context of Christianity's many cultural manifestations and lived formations everywhere from Afghanistan to Iceland, this volume of The Cambridge History of Christianity emphasizes the ever-changing, varied expressions of Christianity at both local and world level. The insights of many disciplines, including gender studies, codicology, archaeology and anthropology, are deployed to offer fresh interpretations which challenge the conventional truths concerning this formative period. Addressing eastern, Byzantine and western Christianity, it explores encounters between Christians and others, notably Jews, Muslims, and pagans; the institutional life of the church including law, reform and monasticism; the pastoral and sacramental contexts of worship, belief and morality; and finally its cultural and theological meanings, including heresy, saints' cults and the afterlife.

Thomas F. X. Noble is Robert M. Conway Director of the Medieval Institute and Professor of History, University of Notre Dame. He previously held positions at Texas Tech University (1976-80) and at the University of Virginia (1980-2000), as well as several prestigious fellowships in both the United States and Europe. He has written or edited six books and over thirty book chapters or journal articles. Julia Smith is Edwards Professor of Medieval History, University of Glasgow. She is a Fellow of the Royal Historical Society, and has previously taught at Trinity College, Hartford, CT and at the University of St Andrews. Professor Smith has written numerous journal articles, and is the author or editor of four books including, most recently Europe After Rome: A New Cultural History 500-1000 (2005).

'... an excellent addition to an invaluable series.' The Historical Association 'The editors have managed an admirable consistency of excellence across these thirty essays, with their own chapters among the most ambitious.' The Catholic Historical Review 'Early Medieval Christianities is not necessarily a book for beginners, but what it offers is equally useful. it is an informative and engaging colloquium of specialists.' Speculum 'In keeping with the format of a Cambridge History, this volume deploys an impressive number of academic A-listers, assembled to produce an authoritative treatment.' The Journal of Ecclesiastical History