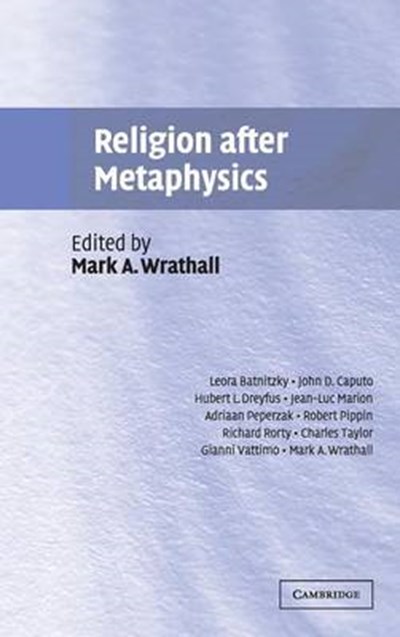 QTY
Add to Basket
Publisher: Cambridge University Press
ISBN: 9780521824989
Number of Pages: 204
Published: 27/11/2003
Width: 15.8 cm
Height: 23.6 cm
Description Author Information Reviews
How should we understand religion, and what place should it hold, in an age in which metaphysics has come into disrepute? The metaphysical assumptions which supported traditional theologies are no longer widely accepted, but it is not clear how this 'end of metaphysics' should be understood, nor what implications it ought to have for our understanding of religion. At the same time there is renewed interest in the sacred and the divine in disciplines as varied as philosophy, psychology, literature, history, anthropology, and cultural studies. In this volume, leading philosophers in the United States and Europe address the decline of metaphysics and the space which this decline has opened for non-theological understandings of religion. The contributors include Richard Rorty, Charles Taylor, Jean-Luc Marion, Gianni Vattimo, Hubert Dreyfus, Robert Pippin, John Caputo, Adriaan Peperzak, Leora Batnitzky, and Mark Wrathall.

Mark A. Wrathall is Associate Professor at the Department of Philosophy, Brigham Young University, Utah. He has published articles in a number of journals and has contributed chapters to books in the Cambridge Companions to Philosophy series. He is co-editor of Appropriating Heidegger (Cambridge, 2000), Heidegger, Authenticity, and Modernity (2000), and Heidegger, Coping, and Cognitive Science (2000).

'This intense and profound book performs the very approach it recommends, by demonstrating throughout intellectual virtues of patience, attention, rigour and commitment, Janz writes well and in a style refreshingly free from self-indulgent obscurity.' The Times Literary Supplement