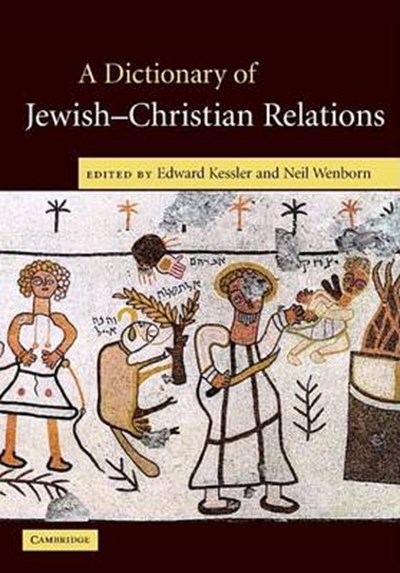 QTY
Add to Basket
Publisher: Cambridge University Press
ISBN: 9780521826921
Number of Pages: 538
Published: 08/12/2005
Width: 17 cm
Height: 24.4 cm
Description Author Information Reviews
An A to Z companion to 2,000 years of encounter between Judaism and Christianity, A Dictionary of Jewish-Christian Relations is a pioneering work which explores and defines the many factors which characterise the historic and ongoing relationship between the two traditions. From Aaron to Zionism, the editors have brought together over 700 entries - including events, institutions, movements, people, places and publications - contributed by more than 100 internationally renowned scholars. The Dictionary offers a focus for the study and understanding of Jewish-Christian relations internationally, both within and between Judaism and Christianity. It provides a comprehensive single reference to a subject which touches on numerous areas of study.

Edward Kessler is Director of the Cambridge-based Woolf Institute of Abrahamic Faiths. He is author of several works on Jewish-Christian relations including Bound by the Bible: Jews, Christians and the Sacrifice of Isaac (2004) and What Do Jews Believe? (2006). Neil Wenborn is a full-time writer and publishing consultant. He is the author of several biographies and is co-editor of the highly respected History Today Companion to British History.