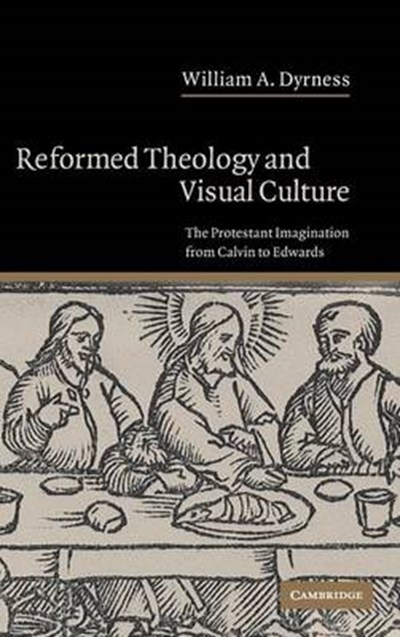 QTY
Add to Basket
Publisher: Cambridge University Press
ISBN: 9780521833233
Number of Pages: 356
Published: 10/06/2004
Width: 15.2 cm
Height: 22.9 cm
Description Author Information Reviews
With the walls of their churches bereft of imagery and colour and their worship centered around sermons with carefully constructed outlines (as opposed to movement and drama), Reformed Protestants have often been accused of being dour and unimaginative. Here, William Dyrness explores the roots of Reformed theology in an attempt to counteract these prevailing notions. Studying sixteenth-century Geneva and England, seventeenth-century England and Holland and seventeenth and eighteenth-century Puritan New England, Dyrness argues that, though this tradition impeded development of particular visual forms, it encouraged others, especially in areas of popular culture and the ordering of family and community. Exploring the theology of John Calvin, William Ames, John Cotton and Jonathan Edwards, Dyrness shows how this tradition created a new aesthetic of simplicity, inwardness and order to express underlying theological commitments. With over forty illustrations, this book will prove invaluable to those interested in the Reformed tradition.

William Dyrness is Professor of Theology and Culture in the School of Theology at Fuller Theological Seminary, Pasadena, California. He is the author of over a dozen books on theology and culture including The Earth is God: A Theology of American Culture (1997) and Visual Faith: Art, Theology and Worship in Dialogue (2001).

'... Dyrness does a good job.' Christian Marketplace 'A brief review of this book can do scant justice to its scholarship or its breadth of reference. As a general introduction, it will be a valuable tool for any reader seeking to understand more fully the intersection between popular culture and religious inspiration.' Church Times 'An important contribution to the complex history of the relationship between Christianity and art.' International Review of Biblical Studies 'This book is full of interesting asides and pointed readings of various texts and art works, but there is also a strong thesis here about the relationship of religion and art to popular culture.' Reviews in Religion and Theology '... a very rewarding book, which challenges deeply-held assumptions about the way in which Protestantism inhabits the world, and which opens up ways for those who come from that culture to appropriate a visual culture for ourselves.' Anvil '... a persuasive and stimulating reassessment of the relationship between Protestantism and the realm of the visual that will have significant implications for cultural historians and literary and art critics alike.' Journal of Ecclesiastical History 'This is a fascinating work.' Churchman