Bound by the Bible

Jews, Christians and the Sacrifice of Isaac 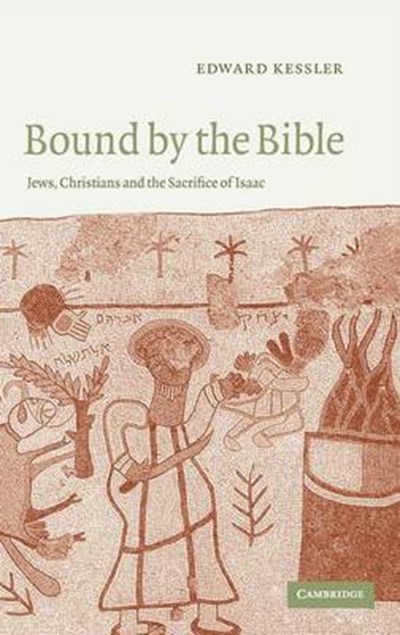 Bound by the Bible

Jews, Christians and the Sacrifice of Isaac

QTY
Add to Basket
Publisher: Cambridge University Press
ISBN: 9780521835428
Number of Pages: 236
Published: 02/09/2004
Width: 15.6 cm
Height: 23.4 cm
Description Author Information Reviews
The Sacrifice of Isaac is one of the most well-known stories in the Bible. It is also a shocking account of how Abraham's faith in God was demonstrated by a willingness to sacrifice his long-awaited son at God's command. This story has been a source of fascination for Jews and Christians for many centuries and here, Edward Kessler offers an enthralling account of Jewish and Christian interpretations of this biblical story. For understandable reasons, it has been assumed that Judaism influenced Christian interpretation but relatively little attention has been given to the question of the influence of Christianity upon Judaism. Kessler provides an insight into this absorbing two-way encounter and argues that neither Jewish nor Christian interpretations can be understood properly without reference to the other. As Jews and Christians lived, and continue to live, in a biblically orientated culture, Kessler shows how both were 'bound by the bible'.

Edward Kessler is a Founding and Executive Director of the Cambridge Centre for Jewish-Christian Relations. He is the author of An English Jew: The Life and Writings of Claude Montefiore (1989, new edition 2002) and co-editor of Jews and Christians in Conversation: Crossing Cultures and Generations (2002).

'His book adds a new dimension to the study of the subject in late antiquity ... Edward Kessler's contribution will be indispensable to students of the Akedah and deserves a wide readership.' Jewish Chronicle 'Kessler is able to show not only that Christian interpretations of Genesis 22 were influenced by rabbinic discussions, but also, and more surprisingly, that rabbis were not afraid to borrow Christian ideas, and not always in order to refute them. The book thus contributes to the recent consensus that Judaism and Christianity, as we now know them, share many common roots, and that neither would have taken the shape it did without the stimulus provided by the other. This challenges widespread perceptions in both religions. Here it is illustrated with solid and detailed evidence.' Church Times '... this welcome study of Genesis 22 affords a wealth of material and raises many important questions.' Journal for the Study of the Old Testament 'This is a fascinating book and a work of meticulous scholarship.' Theology 'Scholarly in its detailed analysis... each chapter is helpfully divided into the same three sections... making it easy to follow the arguments.' Epworth Review