Latin and Greek Monasticism in the Crusader States 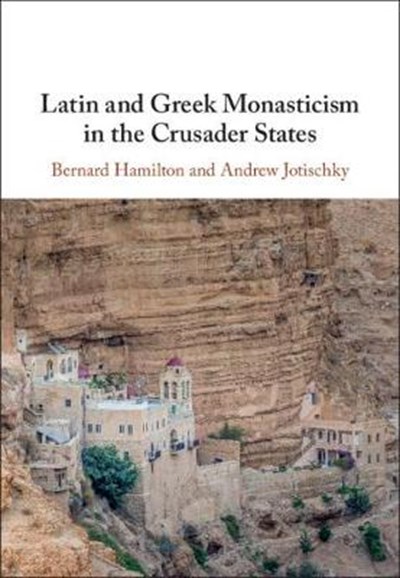 Latin and Greek Monasticism in the Crusader States

QTY
Add to Basket
Publisher: Cambridge University Press
ISBN: 9780521836388
Number of Pages: 300
Published: 22/10/2020
Width: 18 cm
Height: 25.5 cm
Description Author Information Reviews
Monasticism was the dominant form of religious life both in the medieval West and in the Byzantine world. Latin and Greek Monasticism in the Crusader States explores the parallel histories of monasticism in western and Byzantine traditions in the Near East in the period c.1050-1300. Bernard Hamilton and Andrew Jotischky follow the parallel histories of new Latin foundations alongside the survival and revival of Greek Orthodox monastic life under Crusader rule. Examining the involvement of monasteries in the newly founded Crusader States, the institutional organization of monasteries, the role of monastic life in shaping expressions of piety, and the literary and cultural products of monasteries, this meticulously researched survey will facilitate a new understanding of indigenous religious institutions and culture in the Crusader states.

Bernard Hamilton (1932-2019) was Professor of Crusading History at the University of Nottingham. His numerous publications include The Leper King and His Heirs: Baldwin IV and the Crusader Kingdom of Jerusalem (2000), Religion in the Medieval West (2003) and The Christian World of the Middle Ages (2013). Andrew Jotischky is Professor of Medieval History at Royal Holloway University of London. He is the author of Crusading and the Crusader States (2nd Edition, 2017), The Carmelites and Antiquity: Mendicants and their Pasts in the Middle Ages (2002), The Perfection of Solitude: Hermits and Months in the Crusader States (1995) as well as numerous articles in scholarly journals.