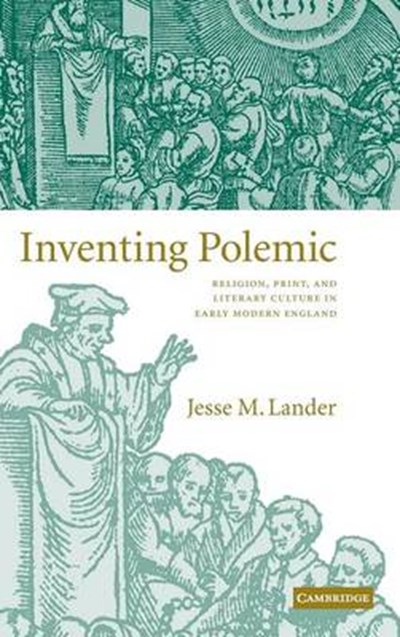 QTY
Add to Basket
Publisher: Cambridge University Press
ISBN: 9780521838542
Number of Pages: 336
Published: 30/03/2006
Width: 15.2 cm
Height: 22.9 cm
Description Author Information Reviews
Inventing Polemic examines the ways in which the new technology of print and Reformation polemic together dramatically transformed the literary culture of early modern England. Bringing together important work in two distinct areas, the history of the book and the history of religion, it gives an innovative account of the formation of literary culture in Tudor-Stuart England. Each of the central chapters of the book focuses on specific publishing events: Foxe's Actes and Monuments, the Marprelate pamphlets, the first two quartos of Hamlet, Donne's Pseudo-Martyr and The Anatomy of the World, and Milton's Areopagitica. Lander also considers the way in which subsequent understandings of literature and the literary were shaped by a conscious and conspicuous rejection of polemic. This study is an important reconsideration of some of the most influential texts of early modern England, focusing on their relation to the charged religious environment as it is reflected in and shaped by the products of the emergent book trade.

Jesse M. Lander is Assistant Professor of English at the University of Notre Dame. His research interests include Renaissance Drama, the Reformation, and Shakespeare Studies.

Review of the hardback: 'Lander's study is important for its sobering argument that 'the literary culture of early modern England was fractious, robust, and deeply polemical ...' SEL: Studies in English Literature Review of the hardback: '... there is a real contribution to several debates here, and this study opens up an illuminating perspective on some key aspects of the period.' The Glass