Politics as a Christian Vocation 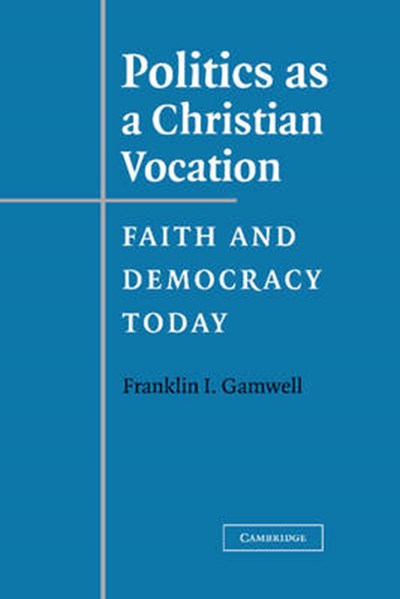 Politics as a Christian Vocation

QTY
Add to Basket
Publisher: Cambridge University Press
ISBN: 9780521838764
Published: 18/10/2004
Description Author Information Reviews
Many democratic citizens, including many Christians, think that separation of religion from the state means the exclusion of religious beliefs from the political process. That view is mistaken. Both democracy and Christian faith, this 2004 book shows, call all Christians to make their beliefs effective in politics. But the discussion here differs from others. Most have trouble relating religion to democratic discussion and debate because they assume that religious differences cannot be publicly debated. Against this majority view, this book argues that Christian faith belongs in politics because it shares with democracy a full commitment to rational pursuit of the truth. The book then develops ideals of justice and the common good Christians should advocate within the democratic process and shows the difference they make for contemporary politics in the United States, focusing specifically on issues of abortion, affirmative action, and economic distribution.

Franklin I. Gamwell is Shailer Mathews Professor of Religious Ethics, Theology, and Philosophy of Religions at The Divinity School, The University of Chicago where he has taught since 1979. He is the author of four previous books including, most recently, Democracy on Purpose: Justice and the Reality of God (2000).

'At a time when there is so much spin, and there are so many half-truths in politics in this country, his book could serve as a clarion call to Christians. It is no use standing on the sidelines grumbling about how things have gone downhill. Rather - get involved, and do what you can to make a difference.' Church Times