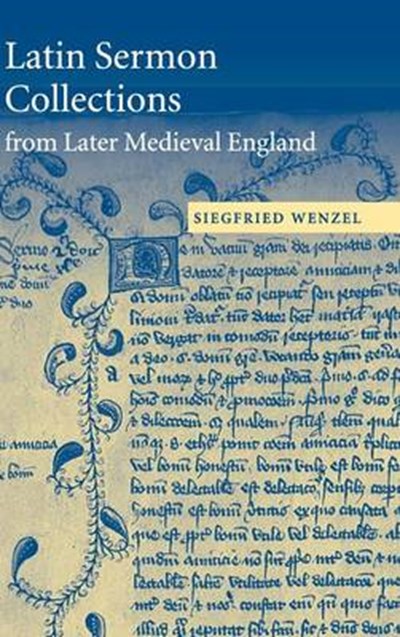 QTY
Add to Basket
Publisher: Cambridge University Press
ISBN: 9780521841825
Number of Pages: 740
Published: 17/02/2005
Width: 15.2 cm
Height: 22.9 cm
Description Author Information Reviews
Until the Reformation, almost all sermons were written down in Latin. This is the first scholarly study systematically to describe and analyse the collections of Latin sermons from the golden age of medieval preaching in England, the fourteenth and fifteenth centuries. Basing his studies on the extant manuscripts, Siegfried Wenzel analyses these sermons and the occasions when they were given. Larger issues of preaching in the later Middle Ages such as the pastoral concern about preaching, originality in sermon making, and the attitudes of orthodox preachers to Lollardy, receive detailed attention. The surviving sermons and their collections are listed for the first time in full inventories, which supplement the critical and contextual material Wenzel presents. This book is an important contribution to the study of medieval preaching, and will be essential for scholars of late medieval literature, history and religious thought.

Siegfried Wenzel is Emeritus Professor of English at the University of Pennsylvania. He is a Fellow of the Medieval Academy of America and has held fellowships from the National Endowment for the Humanities, the American Council of Learned Societies and the Guggenheim Foundation.

'Wenzel has taken a great stride forward. We are all in his debt and applaud his industry.' The Journal of Religion