Christian Realism and the New Realities 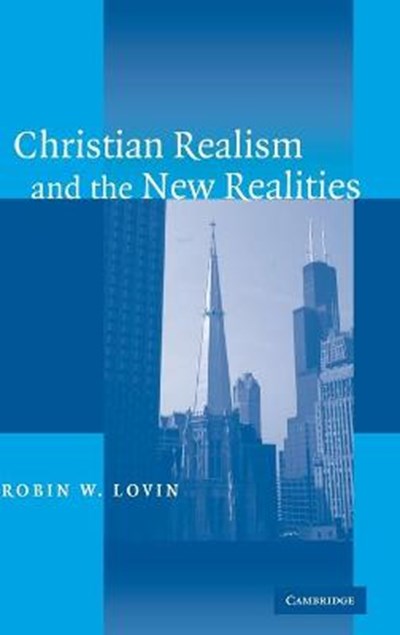 Christian Realism and the New Realities

QTY
Add to Basket
Publisher: Cambridge University Press
ISBN: 9780521841948
Number of Pages: 240
Published: 14/04/2008
Width: 15.6 cm
Height: 23.5 cm
Description Author Information Reviews
Are religion and public life really separate spheres of human activity? Should they be? In this book, Robin W. Lovin criticizes contemporary political and theological views that separate religion from public life as though these areas were systematically opposed and makes the case for a more integrated understanding of modern society. Such an understanding can be underpinned by 'Christian realism', which encourages responsible engagement with social and political problems from a distinctive perspective. Drawing on the work of Rawls, Galston, Niebuhr, and Bonhoeffer, Lovin argues that the responsibilities of everyday life are a form of politics. Political commitment is no longer confined to the sphere of law and government, and a global ethics arises from the decisions of individuals. This book will foster a better understanding of contemporary political thought among theologians and will introduce readers primarily interested in political thought to relevant developments in recent theology.

Robin W. Lovin is Cary M. Maguire University Professor of Ethics at Southern Methodist University, Dallas, Texas, where he previously served as Dean of the Perkins School of Theology. He is a graduate of Northwestern University and Harvard University and an ordained minister of the United Methodist Church. He was previously Dean at the Theological School of Drew University in Madison, New Jersey, and has also taught at the Divinity School of the University of Chicago. His previous books include Reinhold Niebuhr and Christian Realism (1994).

'Robin Lovin offers an informative history of Christian realism followed by an appraisal of its contemporary state and prospects ... particularly refreshing is the wide conception of politics he sketches, located in several interlocking spheres, orders, contexts, places of responsibility, or, following Bonhoeffer, mandates: work, family, government, church and culture.' Theology