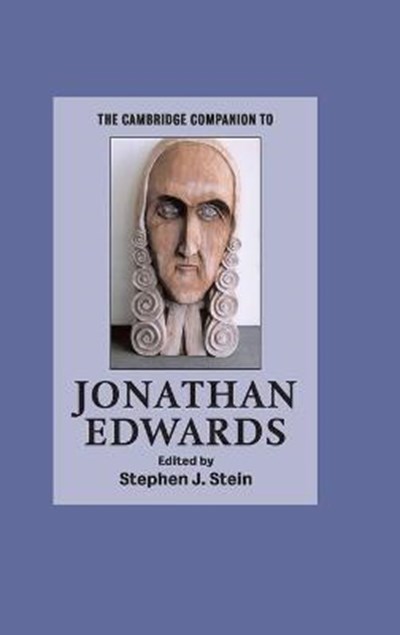 eBook FAQ
Add to Basket
Publisher: Cambridge University Press
ISBN: 9780521852906
Number of Pages: 398
Published: 11/12/2006
Width: 15.7 cm
Height: 23.6 cm
Description Author Information Reviews
Long recognized as 'America's theologian', Jonathan Edwards (1703-1758) is seen as instrumental in the Great Awakening of the 1740s that gripped much of New England and that laid the groundwork for an American Protestant religious identity. This Cambridge Companion offers a general, comprehensive introduction to Jonathan Edwards and examines his life and works from various disciplinary perspectives including history, literature, theology, religious studies, and philosophy. The book consists of seventeen chapters written by leading religious scholars, historians and literary critics on Edwards' life, work, and legacy. The Companion will be an invaluable aid to teachers and scholars and will be imminently accessible to those just encountering Edwards for the first time.

Stephen J. Stein (born March 22, 1940) holds the Ph.D. from Yale University. He has served as Chair of the Department of Religious Studies and also as Director of the American Studies Program at Indiana University where he taught for 35 years. He retired in May 2005. He was named Chancellor's Professor in 1995. In 1994 he was the President of the American Society of Church History. In 1995 he was the recipient of the Tracy Sonneborn Award for Excellence in Teaching and Research. He has been the recipient of numerous grants, including two research fellowships from the National Endowment for the Humanities. He is the editor of three volumes in the Yale Edition of The Works of Jonathan Edwards: Apocalyptic Writings (1977), Notes on Scripture (1998), and The 'Blank Bible' (forthcoming 2006). His volume, The Shaker Experience in America: A History of the United Society of Believers (Yale Press, 1992) was awarded the Philip Schaff Prize by the American Society of Church History. His research interests have focused heavily on eighteenth-century colonial American religious history, but his research publications also span the broad topic of apocalyptic and millennial studies as well as the study of New Religious Movements. He has published articles in such journals as Church History, Harvard Theological Review, William and Mary Quarterly, New England Quarterly, Early American Literature, Filson Club History Quarterly, Proceedings of the American Antiquarian Society, Journal of the Early Republic, Proceedings of the American Philosophical Society, Communal Societies, American Quarterly, Religion and American Culture, etc., etc.. Stein's volume on the Shakers is widely regarded as the definitive history of that religious community; it spans more than two centuries of Shaker experience. His editorial work with the Edwards Edition has opened an area of scholarship, namely, Edwards's biblical writings, that had received very little scholarly attention prior to his work. His years

'... chapters are informative ... and give us a truer picture of the man than the popular caricature of a fierce preacher of hellfire sermons ...' Baptist Quarterly '... The Cambridge Companion to Jonathan Edwards is almost uniformly excellent from chapter to chapter, a thoroughly reliable introduction to America's most famous and highly regarded theologian.' Journal of Ecclesiastical History 'This is a well-written and comprehensive introduction to Jonathan Edwards. Its strengths are its interdisciplinary character, the approach used to understand Edwards against the backdrop of his historical and cultural setting, and the effort made to trace his lasting influence.' Religion and Theology