Catholicism and the Politics of the Personal Rule 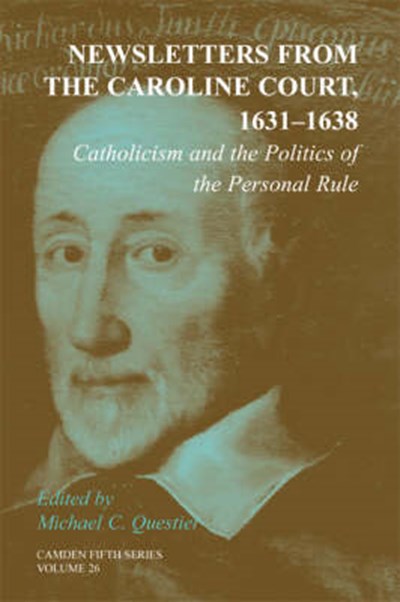 Catholicism and the Politics of the Personal Rule

QTY
Add to Basket
Publisher: Cambridge University Press
ISBN: 9780521854078
Number of Pages: 374
Published: 19/09/2005
Width: 14.7 cm
Height: 22.5 cm
Description Author Information Reviews
The newsletters printed in this volume were written by Catholics who had access to the Court of Charles I and Henrietta Maria during the 1630s. The letters' principal concern was the factional strife among English Catholics, particularly over the issue of whether they should be subject to the authority of a Catholic bishop appointed by the papacy to live and rule over them in England. But these letters also contain Court news and gossip, information about foreign policy issues, and comment on the contemporary Church-of-England controversies over theology and clerical conformity. They are an important source for the study of the ideological tone of the Caroline Court, and of the ambition of certain sections of the Catholic community to secure a form of legal tolerance from the crown.

'... the letters offer fascinating contemporary comment on diplomacy and foreign affairs, court factions and personalities ... Thanks to his exemplary standards of editing (seldom seen in an age of rushed publication), Questier provides historians with all the scholarly commentary needed to use this little-known collection to illuminate Catholicism in the 1630s and the wider history of the reign of Charles I.' The Times Literary Supplement Michael Questier's effort deserves to be taken onboard by Catholics, particularly in the light of the current efforts to reconcile currently conflicting factions within the Roman Catholic Church. There is no doubt that the arguements are entertaining and the insults hurled inventive. ... you will be rewarded.' The Catholic Times 'Fascinating ... a nuanced and complex picture of the Roman Catholic communtiy and its relationship with the Established Church ... ' Church Times 'Questier ... reveals the grounds for anxieties about Catholic involvement at court ... provided important primary source information for anyone eager to continue the work of Hibbard and Allison.' Journal of Ecclesiastical History 'It is in the light of that changing scholarly understanding of Roman Catholics at the court of Charles I that this edited volume of newsletters ... is so interesting ... a nuanced and complex picture of the Roman Catholic community and its relationship with the Established Church ...' Church Times