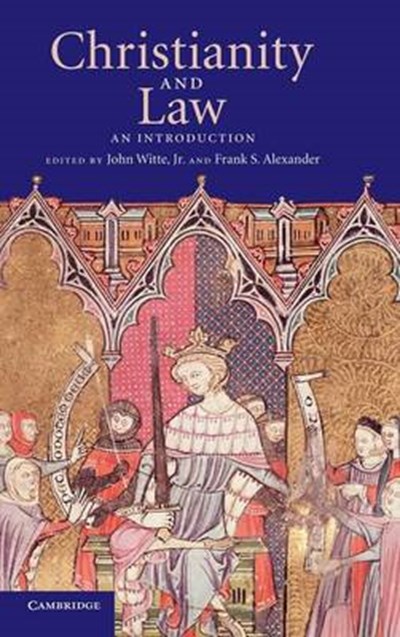 QTY
Add to Basket
Publisher: Cambridge University Press
ISBN: 9780521874625
Number of Pages: 360
Published: 01/05/2008
Width: 15.7 cm
Height: 23.4 cm
Description Author Information Reviews
What impact has Christianity had on the law from its beginnings to the present day? This introduction explores the main legal teachings of Western Christianity, set out in the texts and traditions of scripture and theology, philosophy and jurisprudence. It takes up the weightier matters of the law that Christianity has profoundly shaped - justice and mercy, rule and equity, discipline and love - as well as more technical topics of canon law, natural law, and state law. Some of these legal creations were wholly original to Christianity. Others were converted from Jewish and classical traditions. Still others were reformed by Renaissance humanists and Enlightenment philosophers. But whether original or reformed, these Christian teachings on law, politics and society have made and can continue to make fundamental contributions to modern law in the West and beyond.

'This volume provides an authoritative introduction to some of the legal teachings of Western Christian tradition - as set out in the texts and traditions of Scripture and theology, philosophy and jurisprudence. ... there will be few readers who do not come away having learned more and having been inspired to think more deeply on the past and continuing impact of Christianity on the law.' Ecclesiastical Law Journal 'The editors are to be congratulated in bringing together within a single cover material which is authoritative, incisive and provocative. I anticipate that this volume will soon find itself on the bookshelves of law school libraries and theological colleges alike, and it will readily take its place as the first port of call on reading lists across a broad range of subjects ...' Ecclesiology