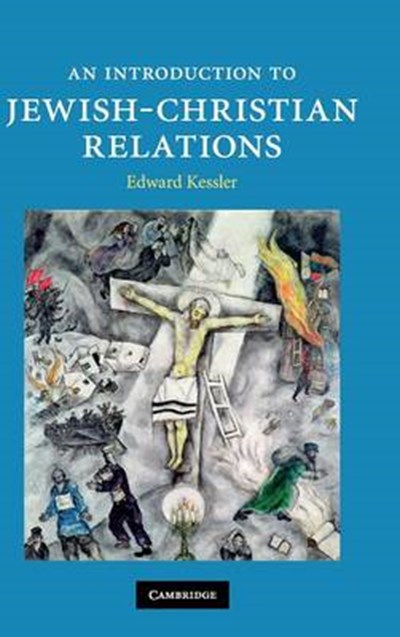 eBook FAQ
Add to Basket
Publisher: Cambridge University Press
ISBN: 9780521879767
Number of Pages: 264
Published: 18/02/2010
Width: 15.6 cm
Height: 23.5 cm
Description Author Information Reviews
Relations between Christians and Jews over the past two thousand years have been characterised to a great extent by mutual distrust and by Christian discrimination and violence against Jews. In recent decades, however, a new spirit of dialogue has been emerging, beginning with an awakening among Christians of the Jewish origins of Christianity, and encouraging scholars of both traditions to work together. An Introduction to Jewish-Christian Relations sheds fresh light on this ongoing interfaith encounter, exploring key writings and themes in Jewish-Christian history, from the Jewish context of the New Testament to major events of modern times, including the rise of ecumenism, the horrors of the Holocaust, and the creation of the state of Israel. This accessible theological and historical study also touches on numerous related areas such as Jewish and interfaith studies, philosophy, sociology, cultural studies, international relations and the political sciences.

Edward Kessler is Founder and Executive Director of the Woolf Institute of Abrahamic Faiths and Fellow of St Edmund's College, Cambridge. His books include A Dictionary of Jewish-Christian Relations (Cambridge, 2005) and Bound by the Bible (Cambridge, 2004).

'This is a scholarly publication, supported by a further reading list, a glossary and a comprehensive index.' Methodist Recorder 'The invaluable work of the Woolf Institute of Abrahamic faiths, and in particular its director, Edward Kessler, has borne some fruit in Kessler's admirable An Introduction to Jewish-Christian Relations.' Jewish Chronicle 'Thank goodness ... for writers such as Edward Kessler. His Introduction to Jewish-Christian Relations is a strikingly thoughtful and thought-provoking guide. It is an ambitious attempt to explore the relationship between Christians and Jews over the whole of the past 2000 years - and, what is more, to offer some sense of how this might work out in the future.' Church Times 'Kessler shines in these pages as a master teacher, and this sensitive treatment should be read widely, not only by students but also by anyone interested in Jewish-Christian relations, whether clergy, layperson or secular Westerner.' Theology