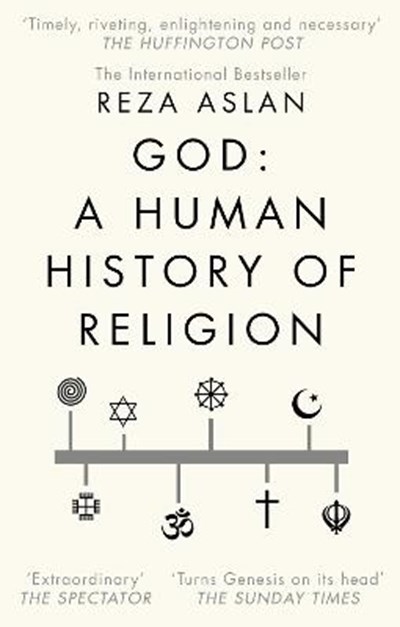 QTY
Add to Basket
Publisher: Transworld Publishers Ltd
ISBN: 9780552174992
Number of Pages: 320
Published: 09/08/2018
Width: 12.7 cm
Height: 19.8 cm
Description Author Information Reviews
THE NEW YORK TIMES BESTSELLER In God, Reza Aslan sheds new light on mankind's relationship with the divine and challenges our perspective on the history of faith and the birth of religion. From the origins of spiritual thought to the concept of an active, engaged, divine presence that underlies all creation, Aslan examines how the idea of god arose in human evolution, was gradually personalized, endowed with human traits and emotions, and eventually transformed into a single Divine Personality: the God known today by such names as Yahweh, Father, and Allah. Bold, wide-ranging and provocative, God challenges everything we thought we knew about the origins of religious belief, and with it our relationship with life and death, with the natural and spiritual worlds, and our understanding of the very essence of human existence.

Reza Aslan is an internationally acclaimed writer and scholar of religions. He is also a graduate of the Iowa Writers' Workshop. At Harvard, Aslan was elected president of Harvard's chapter of the World Conference on Religion and Peace, a UN organisation committed to global understanding. His is first book, No god but God: The Origins, Evolution and Future of Islam, has been translated into thirteen languages and named by Blackwells as one of the hundred most important books of the last decade. Currently teaching an introductory course on Islam at Iowa, Aslan is also at work on a novel.