Reception of Jesus in the First Three Centuries 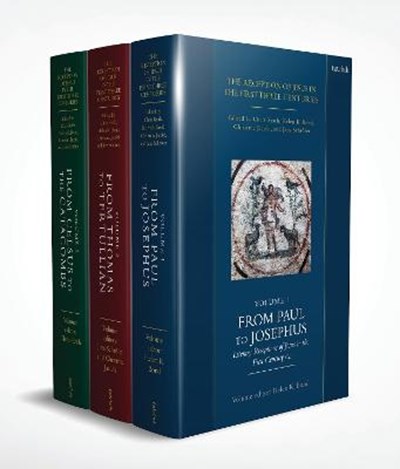 Reception of Jesus in the First Three Centuries

QTY
Add to Basket
Publisher: Bloomsbury Publishing PLC
ISBN: 9780567000194
Published: 19/09/2019
Description Author Information Reviews
In The Reception of Jesus in the First Three Centuries, Chris L. Keith, Helen K. Bond, Christine Jacobi and Jens Schroeter, together with an international cast of more than 70 contributors, provide a methodologically sophisticated resource, showing the reception history of Jesus and the Jesus tradition in early Christianity. The three volumes focus upon the diversity of receptions of the Jesus tradition in this time period, with memory theory providing the framework for approaching the complex interactions between the past of the tradition and the present of its receptions. Rather than addressing texts specifically as canonical or non-canonical, the volumes show the more complex reality of the reception of the Jesus tradition in early Christianity. Core literary texts such as Gospels and other early Christian writings are discussed in detail, as well as non-literary contexts outside the gospel genre; including the Apostolic Fathers, patristic writers, traditions such as the Abgar Legend, and modifications to the gospel genre such as the Diatesseron. Evidence from material culture, such as pictographic representations of Jesus in iconography and graffiti (e.g. the staurogram and Alexamenos Graffito), as well as representations of Jesus tradition in sarcophagi and in liturgy are also included, in order to fully reflect the transmission and reception of the Jesus tradition. Volume 1 provides an extensive introduction and, in 18 chapters, covers literary representations of Jesus in the first century, featuring gospel literature and other early Christian writings. Volume 2 examines all the literary texts from the second and third centuries, across 40 chapters, examining both gospel writing and other texts. Volume 3 examines visual, liturgical and non-Christian receptions of Jesus in the second and third centuries, across 24 chapters.