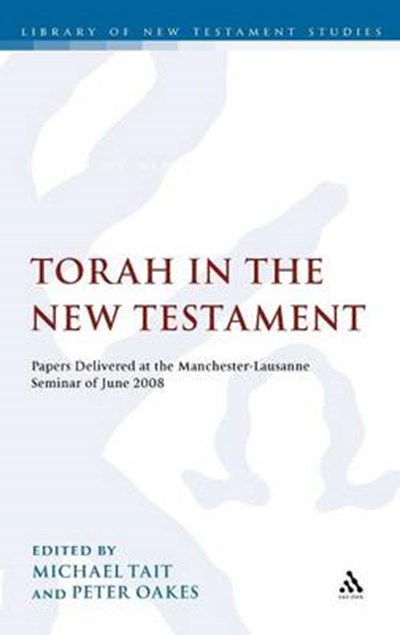 QTY
Add to Basket
Publisher: Bloomsbury Publishing PLC
ISBN: 9780567006738
Number of Pages: 304
Published: 05/11/2009
Width: 15.6 cm
Height: 23.4 cm
Description Author Information Reviews
Torah in the New Testament is a collection of papers delivered at the Manchester Lausanne Seminar of June 2008. This also involved contributions from the Universities of Sheffield, Geneva and the Ben Gurion University of the Negev. The purpose of the seminar was to offer some significant studies on the general topic of the Torah in the New Testament with particular reference to methodological issues, to the Jesus traditions in the Gospels, and to Paul and the Law. Two previous collections of papers from these scholarly co-operations have been published in the Library of New Testament Studies: C.M. Tuckett (ed.), Luke's Literary Achievement: Collected Essays (LNTS 116, 1995) and T. Klutz (ed.), Magic in the Biblical World: From the Road of Aaron to the Ring of Solomon (LNTS 245, 2003). This collection will be of great interest to New Testament scholars who are actively engaged in research on the relationship between early Christianity and the Jewish Torah. It contains cutting-edge comments on issues of methodology in such debates and on both Jesus and the Law and Paul and the Law. Since the landmark works of Sanders and others in the 1980s these topics have been of considerable interest to scholars who are trying to represent Jesus, Paul and early Christianity in a suitable Jewish context.

This collection addresses a theme which is of great importance for understanding the NT in itself and in relation to its background in early Judaism.A good range of NT writings is covered, including a contribution by George Brooke on the often-neglected letter of Jude.--Sanford Lakoff