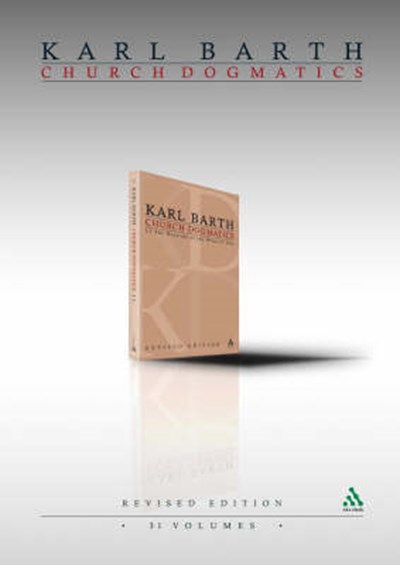 Publisher: Bloomsbury Publishing PLC
ISBN: 9780567022790
Number of Pages: 6880
Published: 16/04/2009
Width: 15.6 cm
Height: 23.4 cm
Description Author Information Reviews
The most important theological work of the 20th century in a new edition! Karl Barth's Church Dogmatics is one of the major theological works of the 20th century. The Swiss-German theologian Karl Barth (1886-1968) was the most original and significant Reformed theologian of the twentieth century. He was one of the central figures in the Confessing Church in Germany, which opposed the Nazi Regime. Barth began the Church Dogmatics in 1932 and continued working on its thirteen volumes until the end of his life. Barth's writings continue to guide and instruct the preaching and teaching of pastors and academics worldwide. The English translation was prepared by a team of scholars and edited by G. W. Bromiley and T. F. Torrance and published from 1936. A team of scholars and specialists at Princeton Theological Seminary have started revising the existing translation. The first step was the translation of Greek, Latin, Hebrew and French passages into English. The original is now presented alongside the English translation. This makes the work more reader friendly and accessible to the growing number of students who do not have a working knowledge of the ancient languages. This new edition with translations is presented for the first time in print. The new edition is presented in a new bigger format and broken down into 31 paperback volumes.

"... one of the most notable theological publications of our time." Expository Times "He undoubtedly is one of the giants in the history of theology." Christianity Today"