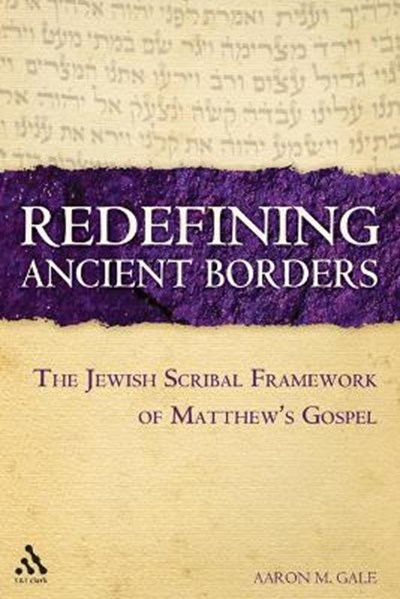 QTY
Add to Basket
Publisher: Bloomsbury Publishing PLC
ISBN: 9780567025210
Number of Pages: 208
Published: 01/10/2005
Description Author Information Reviews
Matthew's community, contrary to what many scholars believe, was a cosmopolitan, wealthy Jewish Christian community located in Galilee. Gale concludes that Matthew's community was a conservative Christian community located in Galilee that still believed the laws of the Torah were valid and required strict adherence. Gale's argument contrasts with many scholars who argue that the Matthean church was in the process of, or had already abolished, the Torah. Gale uses material evidence to indicate that Matthew's community was cosmopolitan and wealthy, and he argues that the community was also highly learned, comprised of many scribes. Gale concludes that the Matthean church was located near Sepphoris and was a wealthy, urban, and learned community.

Aaron M. Gale is an Assistant Professor of religious studies as well as the Coordinator of the Program for Religious Studies at West Virginia University. He is the co-compiler (with Sheila E. McGinn) of Bibliographies for Biblical Research: The Book of Revelation.

"Redefining Ancient Borders sculpts a renewed vision of the origins of the gospel, the economic level of the community, and their literacy. But above all he argues that Matthew's community is a learned community. I could not read it through in one sitting, but I tried. He understands how to use archaeological evidence better than a host of others who have claimed such knowledge." James F. Strange, Departments of Relgious Studies, University of South Florida--Sanford Lakoff