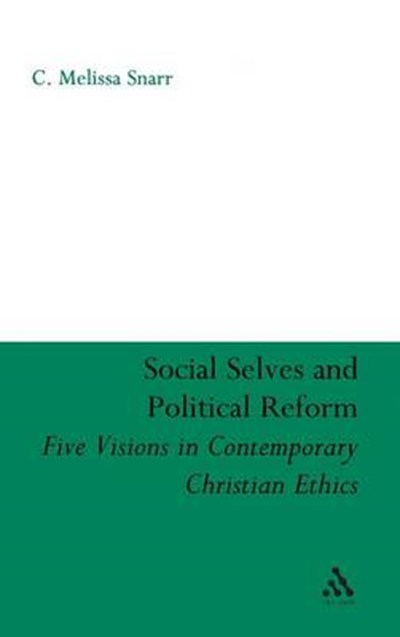 eBook FAQ
Add to Basket
Publisher: T.& T.Clark Ltd
ISBN: 9780567026033
Number of Pages: 160
Published: 09/08/2007
Description Author Information Reviews
Christian ethicists from a wide spectrum of methods and commitments come together in arguing for some kind of social conception of the self, noticing that convergence sheds new light on the current range of theoretical options in Christian ethics. But it also opens up an important conversation about political reform. Social visions of the self help ethicists comprehend and evaluate the moral work of institutions - comprehension that is especially important in a time of crisis for democratic participation. But not all visions of the social self are equal. Snarr's book explores and evaluates five different visions of the social self from five key ethicists (Rauschenbusch, Niebuhr, Hauerwas, Harrison, and Townes). It identifies insights and risks associated with each vision of the self and considers the adequacy of each vision for reforms that deepen democracy. The book concludes with a proposal for six core convictions about the social self that help form Christian political ethics able to respond to contemporary needs for democratic reform.

"Snarr's work provides a definite service to those interested in the intersection of a social anthropology and political agency, especially in the United States and Protestant contexts. Since this reviewed is convinced of the centrality of a social anthropology for social issues and is familiar with the Roman Catholic traditions, I found her assessment, critique and link to political life helpful, insightful and valuable reading." Mary Elsbernd, Loyola University Chicago, Catholic Books Review--Sanford Lakoff "Catholic Books Review "