The Rhetoric of Quotations in the Letters of Paul 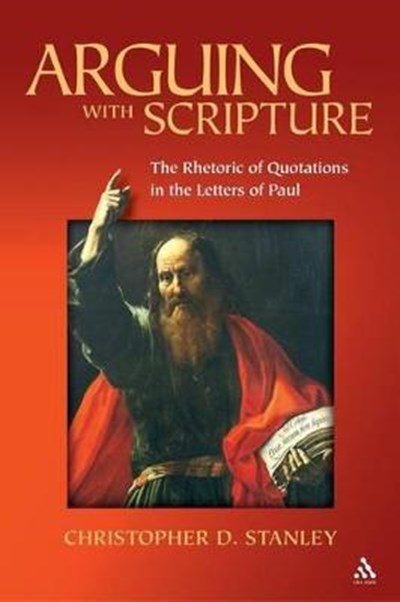 The Rhetoric of Quotations in the Letters of Paul

QTY
Add to Basket
Publisher: Bloomsbury Publishing PLC
ISBN: 9780567026309
Number of Pages: 208
Published: 01/09/2004
Description Author Information Reviews
Drawing on recent discussions of quotations in the fields of rhetorics, linguistics, and literary studies, Stanley argues that Paul's explicit appeals to Jewish Scriptures must be analyzed as rhetorical devices that seek to influence the thoughts, feelings, and actions of a first-century audience. This approach requires a different set of questions and methods than scholars have typically used in their studies of Paul's quotations. Among the key questions explored in this book are why Paul quoted words of Scripture to support some of his arguments and not others; how quotations help to advance the developing arguments of Paul's letters; and how a mostly illiterate first-century audience from a variety of social and religious backgrounds might have viewed these sudden intrusions of material from a Jewish religious text. Answering these questions requires paying careful attention to the affective and poetic dimensions as well as the intellectual aspects of the original audience's encounter with the holy Scriptures of Israel. The primary evaluative question in this approach is 'How well do Paul's quotations cohere with his own rhetorical aims and the needs and capacities of his first-century audience?'

Christopher Stanley is Professor of Theology at St Bonaventure University. He is the author of Paul the Language of Scripture as well as numerous articles on the social, literary, and rhetorical context of Paul's letters.

"In our opinion, Stanley's treatment of Paul's quotations is not penetrating either in content or rhetorical analysis. As a result he can present a view of Paul's quotation process that is at odds with the organic nature of revelation and the progressive movement of redemptive history. Perhaps others can find some usefulness in this work in spite of these flaws, but we have found little. Save your money and look up the quotations yourself. And if you want rhetorical insights, read Paul along with some classical rhetorical handbooks and Greco-Roman speeches. That would even help your preaching, but this book will not." - Scott F. Sanborn, Kerux: The Journal of Northwest Theological Seminary, September 2008--Sanford Lakoff