Understanding Prayer in the Bible 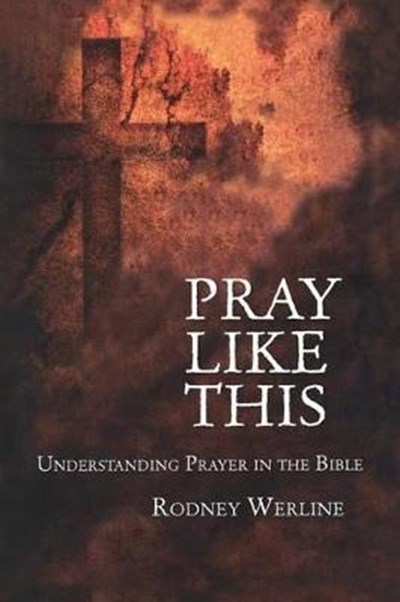 Understanding Prayer in the Bible

QTY
Add to Basket
Publisher: Bloomsbury Publishing PLC
ISBN: 9780567026330
Number of Pages: 176
Published: 21/07/2007
Description Author Information Reviews
Werline encourages us to look at prayer in the following way: to attempt to understand how prayers are tied to particular cultural and social settings. Prayers are part of and expressions of a collection of cultural ideas that have been arranged within a system that seems coherent and obvious to those writings the biblical texts. Prayers participate in and express a person's worldview. Werline shows the ways that - though many biblical prayers are familiar to us - biblical texts and contemporary readers come from different worlds. The Hebrew Bible and the New Testament contain many prayers. Large volumes have been written on prayer within a single book, or within the writings of one author, like Paul, or an individual prayer, such as the Lord's Prayer. Werline does not examine every prayer in the Bible or even write exhaustively on a single prayer. He has highlighted a few significant features of each prayer, and some of the prayers vividly exhibit the influence of a particular society's vision. For example, he examines the prayers of 1 and 2 Kings and 1 and 2 Chronicles because of the ways they are tightly tied to the authors' views of history. The writers' interpretation of history profoundly influenced significant portions of the Bible as well as the literature of early Judaism.

Rodney A. Werline is Senior Minister, First Christian Church (Disciples of Christ), Greensboro, NC and the co-editor of For A Later Generation.

'Books on prayer abound, and of books on prayers in the Bible there are many, but in this volume Rodney Werline challenges the way in which we have 'unconsciously' appropriated the language of biblical prayers without first considering their very particular cultural and social settings. After setting out the limits of his investigation and his definition of prayer, Werline explores a number of prayers from the Old and New Testaments. Werline's stated goal is not that we should return to 'biblical prayer, but rather that we may enter into conversation with the biblical prayers in order to notice both the discontinuities and continuities between them and our own prayers. This he does very successfully, deliberately using anecdotal stories to add depth and colour to the points he makes rather then lengthy theological treatises. Thankfully this style does not detract from a serious engagement with both Scripture and some key historical, anthropological and sociological questions. The result is an eminently readable book - capable of inspiring theological thinking in the average churchgoer, whilst challenging theological presuppositions in an ordinand or trainee minister.' - Sue Woan, Eastern Region Ministry Course, Norwich, UK, in the Expository Times. --Sanford Lakoff