Religious Thought in the Victorian Age 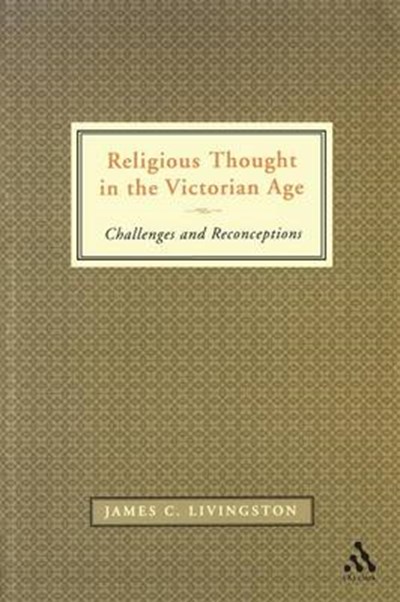 Religious Thought in the Victorian Age

QTY
Add to Basket
Publisher: Bloomsbury Publishing PLC
ISBN: 9780567026460
Number of Pages: 312
Published: 31/07/2007
Description Author Information Reviews
The central purpose of this book is to offer an account of crucial intellectual challenges to traditional British theology, challenges that provoked wide-ranging discussions and decisively shaped British theology. In several instances, they resulted in rather fundamental reconceptions of traditional doctrine and belief. Not all of the conclusions reached in these debates proved enduring, and some efforts to accommodate theology to advances in the sciences proved spurious or unnecessary. Yet even the ill-fated forays and speculations were efforts to respond to new, genuine questions that required answers. Livingston, the dean of Victorian religious history, approaches this subject from a new perspective. By 1860, the religious discussion in Britain had broadened significantly in two ways. First, the examination of critical theological issues had moved outside the bounds of the established Church of England and its three dominant parties. The discussion now engaged highly respected Roman Catholic, Nonconformist, and secular thinkers of impressive range. Second, the deeper and more consequential debates on matters touching on religion were no longer dominated by clerics and theologians. Livingston demonstrates that the late Victorian decades were a time of vitality and creativity in the educated public's discussion of critical religious and theological matters. Livingston reconceptualizes British religious thought in the last decades of the nineteenth century and the first decade of the twentieth.

James C. Livingston is Walter G. Mason Professor of Religion Emeritus at The College of William and Mary and is the author of Modern Christian Thought: The Enlightenment and the Nineteenth Century, Anatomy of the Sacred: An Introduction to Religion, and Matthew Arnold and Christianity.

"Serious 'Religious Thought' in Britain, ca 1860-1910, was by no means confined to theologians and religious writers. The burgeoning natural and human sciences of the time presented the most noted challenges. Scientists were prominent among those who responded. A broader public was not satisfied with compartmentalized studies. The result was an interdisciplinary treatment of theological issues of a scope that has been rarely equaled since. Livingston's study is up to the task of laying it out for us...Livingston, well known for his mastery of the history of modern religious thought in the West, has delved deep into the history of the sciences of biology, archeology, paleontology, physiology and psychology, and of course philosophy, as they impinged upon the history of Christian thought in the Anglo-Saxon world." -Paul Misner, Catholic Books Review, 2009