Noncanonical Readings of the Canonical Gospels 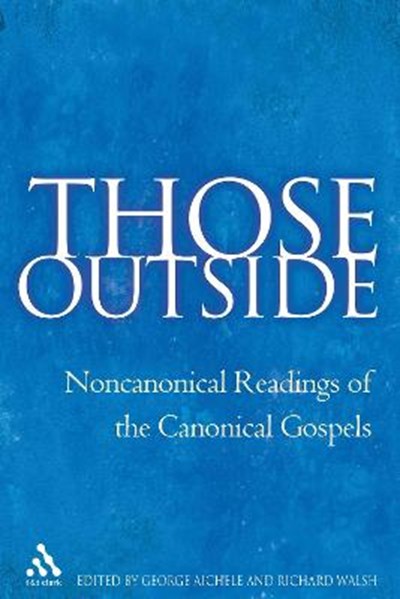 Noncanonical Readings of the Canonical Gospels

QTY
Add to Basket
Publisher: Bloomsbury Publishing PLC
ISBN: 9780567026507
Number of Pages: 232
Published: 01/01/2006
Description Author Information Reviews
Institutions and ideologies lay down parameters of accepted reading for those who wish to maintain acceptable status in their guilds. This is equally true in the church and in the academy. However, interpretation can refuse and transgress such boundaries. The Greek god, Hermes was both a thief and a conveyor of messages, and "hermeneutics," the practice of interpretation, shares in this joint heritage of Hermes. Indeed, interpretative thieves constantly transgress the boundaries of both the permitted and the decorous. Readings of the canonical gospels have a particular place in this history. Indeed, the gospels are the pride and joy of the church(es), as they are of an academy that scarcely separates itself from the church. The following essays, however, all share a desire to read Herme(s)tically, in heterodox or even heretical directions. In this volume, and against the traditional readings and their keepers, the contributors practice interpretative thefts or, put differently, they pursue "lines of flight" (Deleuze and Guattari 1987), not movements of escape but rather creative ways of contesting prevailing ideologies (cf. also Cohen and Taylor). This pursuit results in marginal readings, readings excluded by dominant Christian and academic ideologies. These readings trace the contours and the effects of the canonical and creedal, as well as the academic, captivity of the gospels. Every ideology has inherent points of weakness, fractures in its assemblage where resistance and deviation become possible - not escape to some ideology-free zone, but sufficient disturbance to open up a space for thoughts and new understandings. The keepers of the various guilds/myths inevitably see this disturbance as, at best, noxious and, at worst, as demonic, but we para-critics see our lines of flight as opening space for human living (Smith 1978: 291). Parabolic interpretations create a living space by negotiating and exploiting difference, not by acquiescing to the deadly sameness of any imperial (political, ecclesiastical, or academic) system (cf. Serres 1982).Many of the contributors read "from outside" by playing the gospels off a wide variety of secular texts, including recent film and literature. Thus, in "Jesus's Two Fathers," Aichele views the Lukan Christmas story eccentrically by reading it with China Mieville's urban fantasy novel, "King Rat". The result is a rather unorthodox understanding of the incarnation. In "Tempting Jesuses," Pippin views askew the identities (God and Satan, gender), ethics, and power of the temptation narratives. She does so by joining those gospel narratives with literary works by Saramago, Kazantzakas, Morrow, McNally, Langguth, and others. In "Matthew 11:28 and Release From the Burden of Sin," Kreitzer traces a peculiar afterlife of one Christian image of salvation by moving from Matthew through Bunyan to Joffee's "The Mission". Staley's target is the liberation of the story of the woman taken in adultery. To do so, he lumps that (already suspicious) "Johannine" story with "Liar, Liar" and moves from a rhetorical to an intertextual reading. Each of these juxtapositions render their respective gospel (texts) newly seen precursors.

Richard Walsh is Professor of Religion at Methodist College in Fayettevile, North Carolina, and is the author of Reading the Gospels in the Dark and co-editor with Aichele of Screening Scripture. George Aichele is a member of the Bible and Culture Collective, the collaborative author of The Postmodem Bible. He is also the author of Sign Text Scripture and The Control of Biblical Meaning and co-editor with Walsh of Screening Scripture.

This collection thoroughly lives up to the billing of its subtitle. Its essays span the spectrum from sober scholarly argumentation for utterly unorthodox positions to deliciously outrageous spoof on scholarship itself, and rarely fail to satisfy. Stephen D. Moore, Professor of New Testament and Chair of the Graduate Division of Religion, Drew University--Stephen D. Moore