The Bible in the Third Millennium 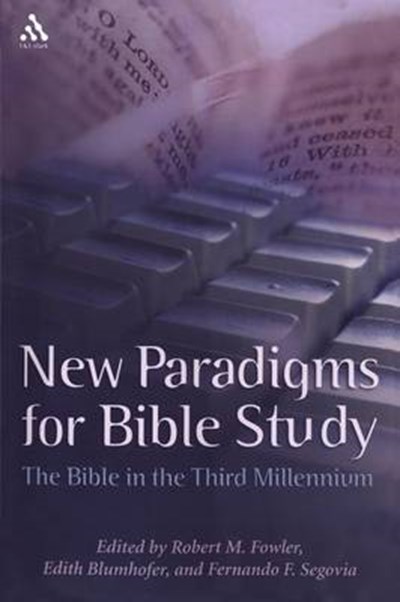 The Bible in the Third Millennium

QTY
Add to Basket
Publisher: Bloomsbury Publishing PLC
ISBN: 9780567026606
Number of Pages: 304
Published: 01/09/2004
Description Author Information Reviews
The eighteenth and nineteenth centuries provided a number of new paradigms for reading the Bible that challenged the then prevailing literal or allegorical model of reading the Bible. This new biblical criticism, whose influence has fostered common ways of talking about readings of Scripture, demonstrated the ways that the biblical texts were pastiches of literary sources and forms, often edited by later hands to form the biblical book now in the canon. In the late twentieth century, the number of methods for reading the Bible proliferated and by the end of the century there were almost as many models for reading Scripture as there were readers of Scripture. These models arose mostly out of literary criticism of the Bible and thus there were a variety of deconstructionist readings that focused closely on the text, as well as rhetorical readings that focused on literary forms of particular units of Scripture. The greatest difference between biblical criticism in the eighteenth and nineteenth centuries and the criticism of the late twentieth century was the latter's increasing focus on politics and historicism. Thus, in the last decades of the twentieth century, feminist criticism, postcolonial criticism, and new historicism became models of reading Scripture. The editors have gathered essays by a number of internationally recognized scholars, ranging from evangelical biblical critics to postmodern biblical critics, who explore a variety of models for reading the Bible in the Third Millennium.

Robert M. Fowler is Professor of Religion and Chair of the Religion Department at Baldwin-Wallace College in Berea, Ohio. Fernando F. Segovia is Oberlin Graduate Professor of New Testament and Early Christianity, at the Divinity School, Vanderbilt University, Nashville, Tennessee. His recent publications include Postcolonial Biblical Criticism (T&T Clark, 2005), coedited with Stephen Moore; Toward a New Heaven and a New Earth: Essays in Honor of Elisabeth Schussler Fiorenza (Orbis Books, 2003).

'it stimulates us to think about various possibilities for the directions which Bible study may take in the foreseeable future, and that the questions which it raises are likely to be with us longer than the answers which it suggests.' Gerald Bray, Theology, Jan/Feb 2006--Sanford Lakoff "Theology "