Intertextuality, Midrash, Translation, and the Literary Afterlife of the Bible 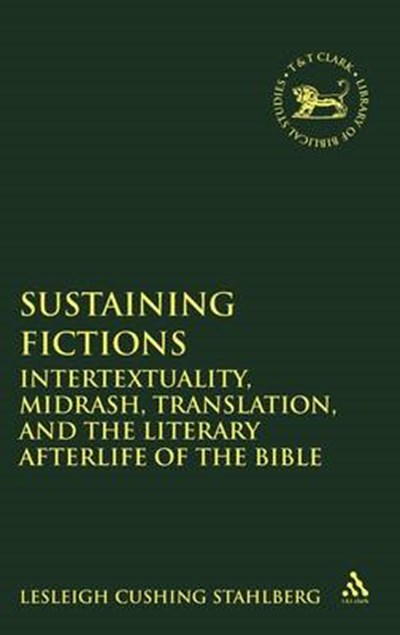 Intertextuality, Midrash, Translation, and the Literary Afterlife of the Bible

QTY
Add to Basket
Publisher: Bloomsbury Publishing PLC
ISBN: 9780567027092
Number of Pages: 256
Published: 01/01/2009
Description Author Information Reviews
Even before the biblical canon became fixed, writers have revisited and reworked its stories. The author of Joshua takes the haphazard settlement of Israel recorded in the Book of Judges and retells it as an orderly military conquest. The writer of Chronicles expurgates the David cycle in Samuel I and II, offering an upright and virtuous king devoid of baser instincts. This literary phenomenon is not contained to inner-biblical exegesis. Once the telling becomes known, the retellings begin: through the New Testament, rabbinic midrash, medieval mystery plays, medieval and Renaissance poetry, nineteenth century novels, and contemporary literature, writers of the Western world have continued to occupy themselves with the biblical canon. However, there exists no adequate vocabulary academic or popular, religious or secular, literary or theological to describe the recurring appearances of canonical figures and motifs in later literature. Literary critics, bible scholars and book reviewers alike seek recourse in words like adaptation, allusion, echo, imitation and influence to describe what the author, for lack of better terms, has come to call retellings or recastings. Although none of these designations rings false, none approaches precision. They do not tell us what the author of a novel or poem has done with a biblical figure, do not signal how this newly recast figure is different from other recastings of it, and do not offer any indication of why these transformations have occurred. Sustaining Fictions sets out to redress this problem, considering the viability of the vocabularies of literary, midrashic, and translation theory for speaking about retelling.

Lesleigh Cushing Stahlberg is Assistant Professor of Religion and Jewish Studies at Colgate University. She is co-editor of Scrolls of Love: Reading Ruth and the Song of Songs, as well as articles on the Bible in literature and contemporary culture.

"The volume reads very well and is engagingly written. It manages admirably to explain complex issues of both literary theory and halakic thought in an easily accessibly manner. Stahlberg is well read and in command of the areas that she explores. I also believe that this book fills a gap in the current scholarly literature. Whether later reviewers and biblical scholars will actually use this particular terminology remains to be seen, but this book has provided us with at least preliminary tools. I can therefore recommend this book warmly." Lena-Sofia Tiemeyer, Review of Biblical Literature--Sanford Lakoff "Review of Biblical Literature "