Ritual Words and Narrative Worlds in the Book of Leviticus 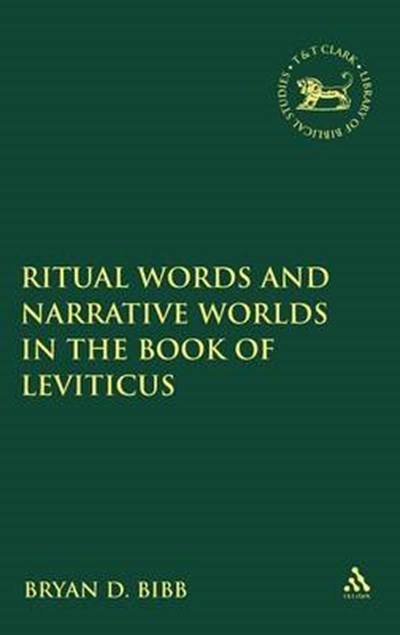 Ritual Words and Narrative Worlds in the Book of Leviticus

QTY
Add to Basket
Publisher: Bloomsbury Publishing PLC
ISBN: 9780567027139
Number of Pages: 192
Published: 01/02/2009
Description Author Information Reviews
This book argues that literary features and ritual dynamics within the book of "Leviticus" enlighten each other. The first two chapters establish that one may read "Leviticus" as a coherent literary work and define the genre of "Leviticus" as 'narrativized ritual,' a complex blending of descriptive narrative and prescriptive ritual. In conversation with Catherine Bell, they present several aspects of the text that are ritualized and show how this ritualization implies a negotiation of power relations among participants.The third and fourth chapters examine the first half of "Leviticus", both the legal sections in Lev. 1-7 and 11-15 and the narratives in Lev. 8-10 and 16. These sections alternate between establishing the ritual system and exposing gaps and ambiguities in that system. Chapter 5 turns to the second half of Leviticus, traditionally called the Holiness Code. The ritual language found in this section is less formal and precise, mirroring the way in which the concept of holiness is expanded and extended to the whole people. As this material concludes the book, it relativizes and democratizes the strict ritual system contained in the first half.Over the last 30 years, this pioneering series has established an unrivalled reputation for cutting-edge international scholarship in Biblical Studies and has attracted leading authors and editors in the field. The series takes many original and creative approaches to its subjects, including innovative work from historical and theological perspectives, social-scientific and literary theory, and more recent developments in cultural studies and reception history.

Bryan D. Bibb is an Assistant Professor of Hebrew Bible at Furman University in Greenville, South Carolina. His most recent publications include Thirty-three entries in the New Interpreter's Dictionary of the Bible (forthcoming, Abingdon Press, 2007-2008); "Priorities: The Wisdom Literature" a four-lesson unit for adult Bible study (Formations, Smyth & Helwys, August 2006); and "The Prophetic Critique of Ritual in Old Testament Theology" in Priests in the Prophets: The Portrayal of Priests, Prophets and Other Religious Specialists in the Latter Prophets (edited by Lester Grabbe and Alice Ogden Bellis; T&T Clark, 2005).