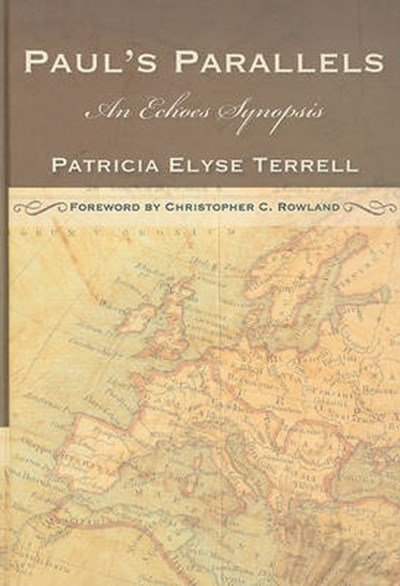 QTY
Add to Basket
Publisher: Bloomsbury Publishing PLC
ISBN: 9780567027450
Number of Pages: 1008
Published: 07/12/2009
Description Author Information Reviews
This is the first and only New Testament resource text presenting Paul's verses in tables format. "Pauline and Pseudo-Pauline Parallels, Echoes and Musings" is the first and only New Testament resource text in tables format presenting Paul's verses in column one, next to a row of parallels, echoes, or like-minded quotes from Old and New Testament resources as well as other extant biblical materials. The passages are cited in full. This master of the epistolary writings, gives a verse by verse demonstration of Paul's thoughts, his ethic, and his actions that were picked-up by later Christian writers, copied by pseudo-Pauline admirers. It delineates some as distinctively Christian while others remained only in Paul's writing. In addition, Luke's history about Paul in "Acts" is presented using the same format so the reader can easily cross-reference each epistle to its chronological setting. Documenting the history of Paul's ministry in the same text allows the reader to instantly turn to the time and place in which Paul wrote that particular message. While investigating serious textual, literary, genre, and other theological characteristics, the reader has the opportunity of simultaneously locating "Acts" in its historical context.

'Paul's Parallels' places a superb research tool in the hands of those who read the biblical text. With great clarity and precision Terrell presents to readers a huge range of possible echoes, intertextual links and thematically related passages. This masterpiece of scholarship empowers readers to explore the writings of Paul more fully and to appreciate the thought of the apostle within the wider context of the canonical writings and other early Christian literature.' - Paul Foster, University of Edinburgh, Scotland--Sanford Lakoff