The Significance of Sexual Difference in the Moral Theology of Marriage 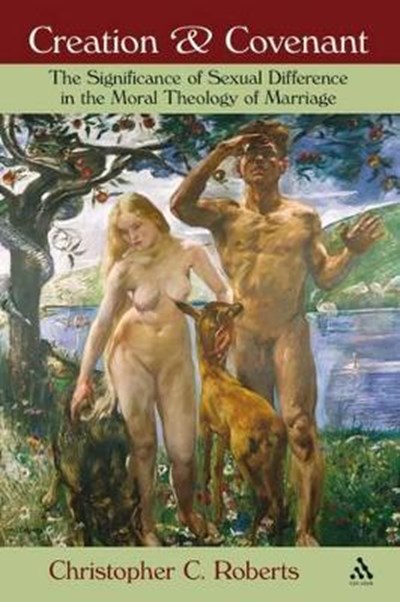 The Significance of Sexual Difference in the Moral Theology of Marriage

QTY
Add to Basket
Publisher: Bloomsbury Publishing PLC
ISBN: 9780567027467
Number of Pages: 282
Published: 01/01/2009
Description Author Information Reviews
Does sexual difference matter for marriage? Are there good theological reasons why the two main characters in a marriage should be a male and a female, or is marriage a more flexible covenant, which any two people can keep? Creation and Covenant analyzes latent but under-examined beliefs about sexual difference in the theology about marriage which has been dominant for centuries in the Christian west. The book opens by studying patristic theologies of marriage, which rested on mostly implicit and often incompatible beliefs about sexual difference. However, Roberts argues that Augustine developed a coherent theology of sexual difference, according it a shifting significance from creation to eschaton. Roberts traces how Augustine's theology influenced and was developed by subsequent theologians, such as Bernard of Clairvaux, Luther, Barth, and John Paul II. Finally, Roberts engages today's debates about gay marriage. Before becoming an academic, Dr. Roberts was a journalist. On behalf of PBS television, he covered both the Lambeth Conference in England and the World Council of Churches in Zimbabwe. During those years, he was disappointed by both the liberal and conservative arguments on homosexuality. Left-wingers seemed more interested in privacy, autonomy, and experience than in theology, and right-wingers seemed to have lots of prohibitions but little good news. In the final chapters, this book tries to do better, inviting liberals to improve the standard of their arguments, and explaining what is beautiful and persuasive about the traditional case.

Christopher C. Roberts is Catherine of Siena Ethics Teaching Fellow at Villanova University. Prior to this position, Roberts spent several years as Bill Moyers' research assistant and as a reporter for the PBS show Religion and Ethics Newsweekly.

"Even those who do not accept all of the author's conclusions should be grateful for this beautifully written and profound book. It will help us all in our journey towards understanding who we are in Christ." Timothy Radcliffe, OP, former Master General of the Dominican Order "Christopher Roberts explores with clarity and precision of argument... an important contribution to present debates... done with care but critical sharpness" "I am very grateful for this book, for its positive argument which will make any reader think again. It is a first class work of strong theology" Brian Haymes, The Baptist Times"