Gospel of the Beloved Disciple

A Work in Two Editions 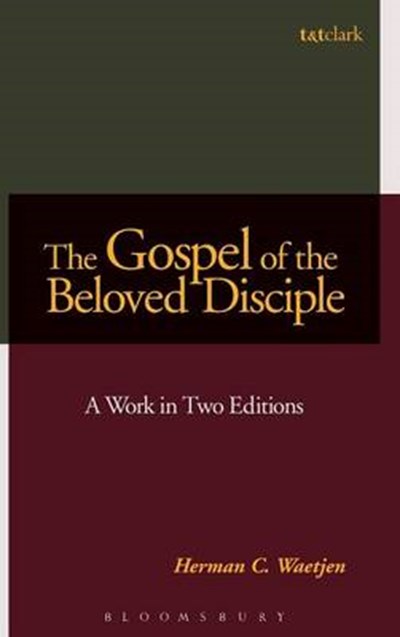 Gospel of the Beloved Disciple

A Work in Two Editions

QTY
Add to Basket
Publisher: Bloomsbury Publishing PLC
ISBN: 9780567027818
Number of Pages: 490
Published: 01/01/2006
Width: 15.2 cm
Height: 22.9 cm
Description Author Information Reviews
There is a general consensus that the Fourth Gospel underwent two editions. But in contrast to all previous efforts to reconstruct these two editions on the basis of source and redaction criticism, Waetjen maintains that these two editions essentially overlap without far-reaching changes. Chapter 1-20 originated within the Jewish community of Alexandria and were addressed to Jews in order to persuade them to "believe into" Jesus as the Messiah, the Son of God. The second edition originated when chapter 21 as added and certain revisions were made in chapters 1-20 by an editor in the Christian community of Ephesus in order to present the Gospel to Gentile Christians and perhaps attendantly to legitimate it for canonization. Waetjen examines John's gospel by engaging in a close reading of various units of the Gospel from the perspective of a two-level drama that presents two narrative worlds within the literary structure of the Gospel. Out of his readings of the texts, one of the major and provocative conclusions Waetjen draws is that Lazarus is the Beloved Disciple of Jesus in chapters 1-20. John, the son of Zebedee, is intimated to play the role of the Beloved Disciple not only in chapter 21, but throughout the Gospel. In other words, the editor of chapter 21 has concluded that John (based on the title that the gospel already bears), is the Beloved Disciple and project that backwards from chapter 21 throughout the previous 20 chapters. Waetjen's thorough scholarship and his attention to detail in his original readings challenge traditional readings of John's Gospel, providing fresh insights into the Gospel.

Herman Waetjen once again rewards his readers with not merely the challenge but also an accessible yet profoundly informed reading of a biblical text. This time he turns his erudition and discerning eye to the Fourth Gospel, and he emerges from this mine, as well, with precious ore. Scholars and students alike not only will acquire valuable capital by investing time in Herman's project, but they will also acquire tools for their own creative engagement of life rather than a call to escape from the terrors of history. Herman encounters dichotomies and dualisms and shows us how to view them constructively as complementarities and dialectical adventures. In a world of simplistic hard-line alternatives, it is refreshing and empowering to encounter a challenge to do the rigorous work of (re-)engaging of, and (re-)thinking about, what we thought were settled issues to discover new light and true riches. Doug McGaughey, Chair, Department of Religious Studies, Executive-Secretary Pacific Northwest Region, AAR/SBL/ASOR--Doug McGaughey