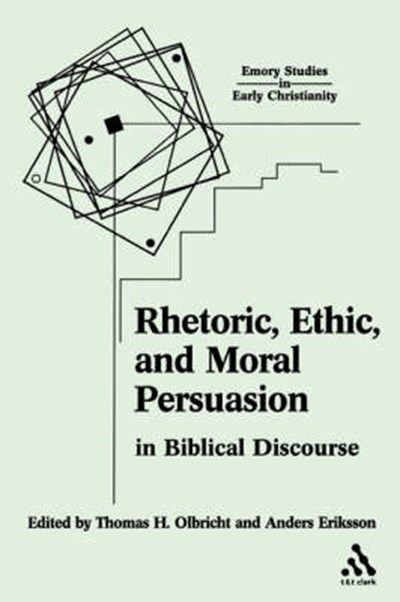 "This present volume is a worthy celebration of a decade of successful conferences dealing with rhetorical analysis. It represents an important and sustained effort to discuss and make known the promises and limitations of classical rhetoric. While focusing this time on the ethos of the writer/speaker, the contributors deal with a vast variety of intriguing sub-themes and point convincingly to the vital importance of moral character in all forms of persuasion." Samuel Byrskog, Professor of New Testament and Hermeneutics, Goteburg University, Sweden, and Adjunct Professor of New Testament, Stockholm School of Theology, Sweden--Sanford Lakoff