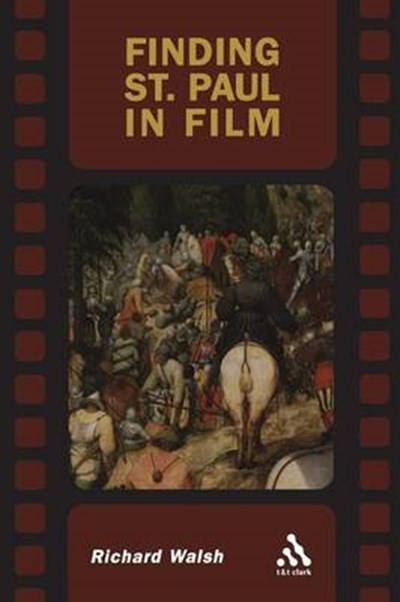 QTY
Add to Basket
Publisher: Bloomsbury Publishing PLC
ISBN: 9780567028501
Number of Pages: 224
Published: 01/01/2006
Description Author Information Reviews
Unlike Jesus, Paul has not appeared often in the movies, either as a leading man or as a part of the supporting cast. "In Finding Saint Paul in the Movies", Walsh finds a Paul who is a stranger to our questions and ideologies. As Paul does not appear often in film, the films that the book brings into dialogue with Paul have only metaphorical connections with the Paul of Christian and academic discourse. The films relate to Paul only as Walsh's interpretations of the films and of Paul render Paul the films' precursor. Walsh's book works more abstractly. It has four major topics distributed in an equal number of chapters: Paul's concept of grace (the inclusion of the Gentiles); Paul's apocalyptic visions and worldview; Paul's struggles with theodicy and community formation; and Paul's "apostolic" or "canonical" status. He examines movies such as "Tender Mercies", "Star Trek II: The Wrath of Khan", "Places in the Heart", "Donnie Darko", "Witness", "The Truman Show", "Strange Days", "Being John Malkovich", "Fargo", "Crimes and Misdemeanours", and "The Apostle".

Richard Walsh is Professor of Religion at Methodist College in Fayettevile, North Carolina. George Aichele is a member of the Bible and Culture Collective, the collaborative author of The Postmodern Bible.

Richard Walsh skillfully uses his expansive knowledge of film to engage his readers with his even more expansive knowledge of Pauline studies. Walsh s use of film provocatively challenges readers to consider scripture s multiple Pauls in a way that critically disrupts easy identification with the ideological justifications accomplished in his name. Finding St. Paul in Film offers a nuanced critique of Paul in ways that are imminently accessible to students and scholars alike. Erin Runions Assistant Professor of Religious Studies, Pomona College